Close
Billy Sherwood
from Las Vegas, NV
March 14, 1965 (age 57)
Biography
Billy Sherwood is an American multi-instrumentalist, vocalist, and producer. He has amassed hundreds of credits as a session and touring musician, and as the bandleader of World Trade, CIRCA:, and the Prog Collective. Since the late 1990s he has been associated with Yes. In the early 21st century, he served his first stint as guitarist for Yes, then regularly did technical studio and live work with them (as well as many others) until 2015, when he rejoined as bassist to replace the late Chris Squire. In addition to his duties with Yes, Sherwood was recruited as the bassist for Asia in 2017, replacing the late John Wetton. After an eight-year hiatus, he re-formed the Prog Collective for 2021's Worlds on Hold.

Born William Wyman Sherwood in 1965, Billy Sherwood took to music early and naturally as he came from a very musical family. His father was a big-band leader and his mother was a drummer. Sherwood formed his first band, Lodgic, with his brother Michael in their native Las Vegas. The group relocated to Los Angeles in 1980; they recorded and released one album, 1986's Nomadic Sands. Shortly thereafter, Sherwood moved onto his next musical project sans Michael. The project, dubbed World Trade, issued a self-titled debut in 1989 that also included Lodgic bandmate Guy Allison.

In 1992 Sherwood served as producer, engineer, mixer, songwriter, and guest musician on Yes' "The More We Live/Let Go" from the album Union, commencing his longstanding association with the group, and in the 21st century, resulted in permanent membership. Throughout much of the '90s, Sherwood worked as a producer, engineer, and session musician. He created and produced a large number of various-artists tribute albums including Crossfire: A Salute to Stevie Ray, and Dragon Attack: A Tribute to Queen. He also oversaw production for the release of World Trade's second album, Euphoria, in 1995. In 1996, he served as producer and engineer for both volumes in Yes' live Keys to Ascension series. 1997 found Sherwood working in the group the Key on their album The World Is Watching. It also saw him joining Yes as a guitarist with the recording of Open Your Eyes.

While with Yes, Sherwood also made time to work with his brother, collaborating on Michael's solo album Tangletown. The second Yes album to feature Sherwood, The Ladder, was issued in 1999. He continued playing with the band for the supporting tour, but left immediately after. One performance from that jaunt was immortalized in House of Yes: Live from the House of Blues video and audio package. Going out on his own, Sherwood issued his solo debut, The Big Peace.

In 2000 Sherwood collaborated with Yes bassist Chris Squire on the album Conspiracy. By 2003, his project with Squire had become known as Conspiracy and they delivered a follow-up called The Unknown. That same year saw the arrival of Sherwood's second solo outing, No Comment. In 2007, he helped found the Yes-related prog supergroup, CIRCA:, along with Alan White (drums), Tony Kaye (keys), and guitarist Jimmy Haun. Following the self-titled CIRCA: debut in 2008, Sherwood released the solo effort At the Speed of Life. 2009 saw the release of two more CIRCA: albums, HQ and Overflow. Sherwood founded the collaborative quartet YOSO in late 2009 with Haun, former Toto singer Bobby Kimball, and ex-Flash keyboardist Tony Selvidge. The project was short-lived. They issued the album Elements for Frontiers in 2010, and split after a tour.

Sherwood shifted his focus back to CIRCA: and his ongoing solo career. His fourth solo album, Oneirology, arrived in late 2010, followed a year later by And So On from CIRCA:.

In 2013, the Prog Collective followed up with Epilogue, featuring a lineup that included most of the previous album's roster, plus saxophonist Mel Collins and Dream Theater keyboardist Jordan Rudess. Sherwood surrounded himself with a cast of lead vocalists who included former Curved Air frontwoman Sonja Kristina and Nektar's lead vocalist Roye Albrighton. William Shatner made a surprise spoken word appearance on the title-track closer. The following year, Sherwood returned the favor and produced Shatner's fourth LP, Ponder the Mystery.

In the aftermath of Chris Squire's death from leukemia in 2015, Sherwood returned to the Yes lineup as their full-time, permanent bassist. In November, he released his eighth solo effort, Citizen, a concept album featuring an impressive array of guests including Squire, Geoff Downes, Parsons, and Steve Hackett. Just a few months later, he followed with the critically acclaimed, completely solo Divided by One. In 2016, Sherwood teamed up with once and future Yes keyboardist Tony Kaye for Live in Japan. He also released the completely solo Archived.

The following year, Sherwood released the World Trade reunion outing Unify, then toured the United States and Canada with Yes. A document, Topographic Drama: Live Across America, was released through Rhino as a double album. Sherwood also appeared on Kimball's solo outing Mysterious Sessions. Yes followed with a luxury liner tour called Cruise to the Edge 2018. Its lineup included Sherwood, guitarist Steve Howe, drummer Alan White, keyboardists Geoff Downes and Tony Kaye, and lead vocalist Jon Davidson. Later in the year, Sherwood participated in the album project Yesterday and Today: A 50th Anniversary Tribute to Yes. He spent most of 2019 touring with Yes and Asia -- after Wetton's passing in 2017, Sherwood was named his permanent replacement. In 2020, BMG issued Yes' The Royal Affair Tour: Live in Las Vegas.

For several years Sherwood had been working on a Prog Collective record in his spare time. During the COVID-19 pandemic and quarantine of 2020, he put the finishing touches on the project's third outing. Over the prior few years, he had worked in-studio and via internet with a largely new cast. Kristina returned, but his current crew of singers included Todd Rundgren, Joe Lynn Turner, Graham Bonnet, Geoff Tate, David Clayton-Thomas, and David Johansen. Further, Sherwood recruited a new cabal of lead guitarists alongside the returning Hillage and Howe; they included Martin Barre, Jan Akkerman, and Roine Stolt. Sherwood also recruited jazz violinist Shankar. The set's program was split between Sherwood originals and well-known covers including Procol Harum's "A Whiter Shade of Pale," Peter Gabriel's "Solsbury Hill," and the Moody Blues' "Nights in White Satin." Three bonus tracks offered covers of the Beatles "Penny Lane" (featuring an eerie, disembodied vocal from Wetton), Boston's "More Than a Feeling," and the Doors' "People Are Strange." Titled Worlds on Hold to reflect the pandemic and its global quarantine, the set was released by Cleopatra in February 2021. ~ Timothy Monger & Thom Jurek, Rovi 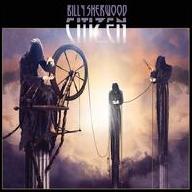 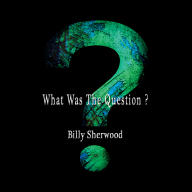 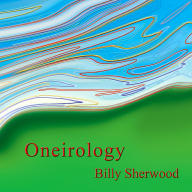 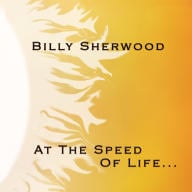 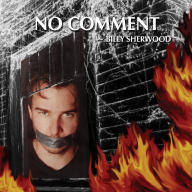 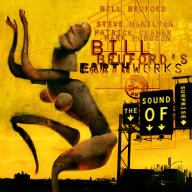 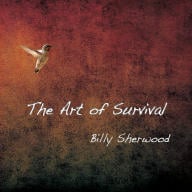 The Art of Survival
1984
Videos
Close 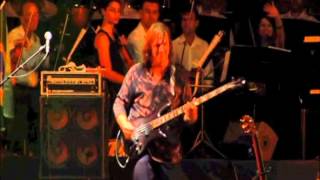 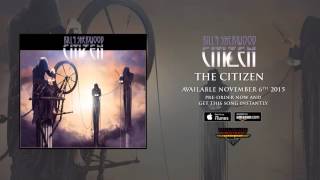 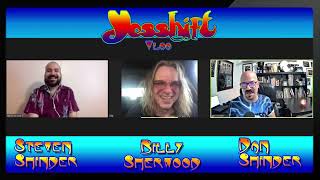 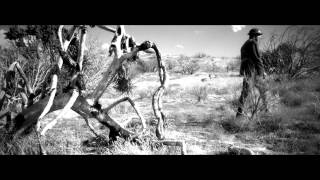 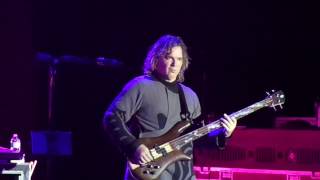 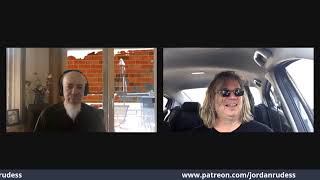 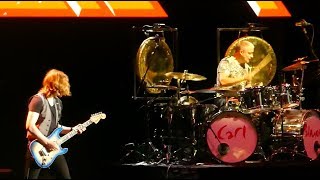