Close
Kenny Washington
from Brooklyn, NY
May 29, 1958 (age 64)
Biography
One of the pre-eminent jazz drummers of his generation, Kenny Washington is an in-demand sideman, session player, and educator with an extensive list of credits to his name. Initially emerging as a Young Lion in the late 1970s, Washington distinguished himself as a swinging, bop-oriented player with a deep and wide-ranging knowledge of the jazz tradition. His adept skills and easy sense of group interplay made him a favorite of elder jazz statesmen like Lee Konitz (with whom he's had a long association), Betty Carter, Johnny Griffin, Dizzy Gillespie, Clark Terry, and Tommy Flanagan. At the same time, he built a strong reputation with his post-bop peers, recording often and compiling an enormous discography. He is a longtime member of both pianist Benny Green and Bill Charlap's trios, and has appeared on albums by such similarly inclined contemporaries as Ralph Moore, Jim Snidero, Gary Smulyan, Mike LeDonne, and others. His skills have also made him a go-to teacher for up-and-coming players, and he has worked on the faculty at such prestigious institutions as the New School, Juilliard, and SUNY Purchase.

Born Brooklyn, New York in 1958, Washington grew up on Staten Island in a musically inclined family alongside his siblings, bassist Reggie Washington, and a sister who became a violinist and teacher. Introduced to jazz via his father's record collection, he was initially inspired to play the drums after hearing pianist Ahmad Jamal's trio with drummer Vernel Fournier. His father bought him a toy drum set, and he practiced every day playing along with recordings. By elementary school he was taking lessons, and during junior high, he studied both the drums and violin. As a teenager, he attended New York's LaGuardia High School for Music & Art, where he studied with such well-regarded teachers as Dennis Kinne, Justin Dicioccio, and former Dizzy Gillespie drummer Rudy Collins. Washington developed quickly, balancing his love of bebop and swing fundamentals with orchestral technique, hand work, and the rudiments of drumming. Straight from LaGuardia High School, he began playing professionally, making his recorded debut with saxophonist Lee Konitz on 1977's Lee Konitz Nonet. From there, other established artists took notice of the young drummer, and work followed with a list of marquee performers including Betty Carter, Johnny Griffin, Dizzy Gillespie, Johnny Coles, and others.

By the '90s, Washington was a highly sought-after drummer, regularly appearing on albums by a bevy of straight-ahead players equally influenced by the hard bop era of jazz. In 1990 alone, he appeared on over 20 studio albums, including pianist Mike LeDonne's trio date Common Ground. There were also well-received sessions with Ralph Lalama, John Swana, Joe Magnarelli, and more. He appeared on several notable debuts, including saxophonist Eric Alexander's 1992 date New York Calling and saxophonist Grant Stewart's 1992 album Downtown Sounds, alongside acclaimed pianist Brad Mehldau. From there, he made albums with such heavy-hitters as Wallace Roney, Brian Lynch, and Tim Hagans. It was during this period that he began his long associations with pianists Benny Green and Bill Charlap. He also moved into teaching, and regularly gave private lessons out of his Brooklyn apartment.

Over the next 20 years, Washington would compile a discography of over 200 recording dates, moving from sessions with iconic elder statesman like Cedar Walton, David Fathead Newman, and Phil Woods to more contemporary swingers like Arturo Sandoval, Scott Hamilton, and Wycliffe Gordon. He also continued his teaching, joining the faculty of Juilliard in 2008, and holding positions at both the New School and SUNY Purchase. Along the way, he picked up accolades, including earning a handful of Grammy nominations for his work with pianist Bill Charlap. In 2015, he appeared on Charlap and Tony Bennett's Grammy-winning 2015 album The Silver Lining: The Songs of Jerome Kern. Two years later, he was on board for another of Charlap's Grammy nominations with Uptown, Downtown. ~ Matt Collar, Rovi 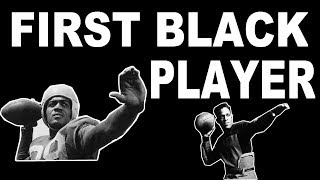 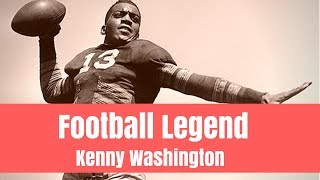 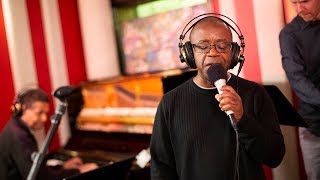 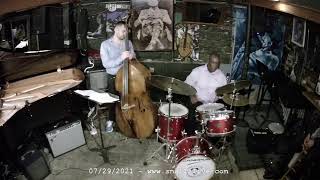 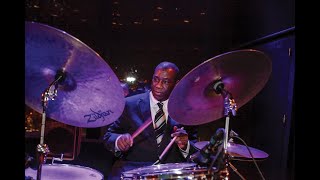