Close
Kim Simmonds
from Newbridge, Wales
December 6, 1947 (age 74)
Biography
One of the founding fathers of British blues, guitarist/singer/songwriter Kim Simmonds established the lineup-shifting blues-rock institution Savoy Brown in 1965. Sharing the stage with acts including John Lee Hooker, Cream, and Faces, the group hit a career-high number 34 on the Billboard 200 with eighth album Hellbound Train in 1972. Undeterred by the band's revolving-door membership, which saw members leaving to join the likes of Foghat, Yes, Fleetwood Mac, and Black Sabbath, Simmonds remained and continued to tour and record for decades to come. In 1997, he moved effortlessly between guitar, 12-string, and dobro on his first solo album, the acoustic Solitaire. He resumed exploring the acoustic blues on solo LPs throughout the 2000s before venturing into a mix of acoustic and electric on the 2015 instrumental album Jazzin' on the Blues. Still going strong after over 50 years, Savoy Brown topped the Billboard blues chart with Witchy Feelin' in 2017.

Born in Newbridge, Wales in 1947, Kim Maiden Simmonds grew up on music ranging from the Beatles to James Brown thanks to an older brother. Still in his teens, he formed the Savoy Brown Blues Band in 1965 with harmonica player John O'Leary, singer Bruce Portius, keyboardist Trevor Jeavons, bassist Ray Chappell, and drummer Leo Manning. The band got its start performing in small pubs throughout London and recorded their debut album, a collection of blues covers titled Shake Down, in 1967. Thanks at least in part to Simmonds' dominating personality, by its arrival, the band's lineup had already undergone multiple changes.

Seeking a different approach, Simmonds dissolved the group and brought in guitarist Dave Peverett, keyboardist Bob Hall, bassist Rivers Jobe, drummer Roger Earl, and singer Chris Youlden, who gave them a distinctive frontman with his vocal abilities, bowler hat, and monocle. Savoy Brown quickly made a name for themselves with 1968's Getting to the Point and 1969's Blue Matter, both on Decca. Fan favorite "Train to Nowhere" helped propel Blue Matter onto the Billboard 200, where it peaked at 182. Savoy Brown reached number 71 with 1969's A Step Further, and charted again with 1970's Raw Sienna and Looking In. Recorded with the lineup of Simmonds, Peverett, Earl, and bassist Tone Stevens, Looking In showcased the group's by then refined, bluesy boogie rock style which dominated the rest of their albums. It was a rare hit for them in the U.K., where it reached number 50 while climbing to number 39 in the States. Following the 1971 long-player Street Corner Talking, the group hit the Top 40 of the U.S. album chart for a second time with 1972's Hellbound Train, which made it to number 34.

Savoy Brown landed on the Billboard 200 throughout the '70s with albums like 1973's Jack the Toad, the following year's Boogie Brothers, and 1975's Wire Fire. They had their highest-charting U.S. single with 1981's "Run to Me," a cover of the Smokie song released a year prior. It hit number 68 on the Hot 100 the same year their 1981 LP Rock 'n' Roll Warriors cracked the Billboard 200 for what would be the band's last time. That May, they played a month's worth of North American arena concerts in support of Judas Priest.

Following a string of archival live releases, Savoy Brown issued the acoustic album Slow Train in 1986. Primarily a Simmonds release, the part-live, part-studio album saw him joined on live tracks by bass player Chris Romanelli and harmonica player Speedo Jones. It was followed by the full-band Make Me Sweat in 1988 and Kings of Boogie in 1989. A track from Kings of Boogie, "A Man Alone," was featured on the soundtrack for Kickboxer 2 in 1991, and Savoy Brown returned with Let It Ride a year later. Billed to Savoy Brown/Kim Simmonds, Bring It Home arrived in 1994.

Simmonds issued his first solo offering, Solitaire, in 1997. An acoustic LP, it showcased his guitar work on multiple instruments in the guitar family as well as piano and harmonica. Savoy Brown issued The Blues Keep Me Holding On in 1999 before a solo Simmonds followed up with another acoustic release, Blues Like Midnight, in 2001. Alternating between his group and solo releases for the rest of the decade, he presented Savoy Brown's Strange Dreams in 2003, his own Struck by Lightning in 2006, and the band's Steel in 2007. A fourth solo acoustic album, Out of the Blue, came out in 2008.

Back with Savoy Brown, the lineup of Simmonds, singer/saxophonist Joe Whiting, keyboardist Andy Rudy, bassist Pat DeSalvo, and drummer Garnet Grimm issued Voodoo Moon in 2011. The concert recording Songs from the Road followed on audio and video formats in 2013. Crediting the group as Kim Simmonds and Savoy Brown, they returned with Goin' to the Delta the following year. It reached the Top Five of the Billboard Blues Albums chart. Coinciding with Savoy Brown's 50th year of existence, Simmonds delivered three releases in 2015: his fifth solo album, Jazzin' on the Blues; Savoy Brown's The Devil to Pay; and, taken from a 2014 concert in Syracuse, New York, Still Live After 50 Years, Vol. 1. Two years later, in 2017, the Savoy Brown album Witchy Feelin' hit number one on Billboard's blues chart. Buoyed by that success, Simmonds and Savoy Brown returned with City Night in 2019. Still Live After 50 Years, Vol. 2 also saw release in 2019. ~ Marcy Donelson & Steve Huey, Rovi 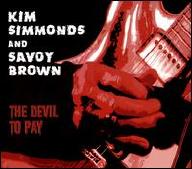 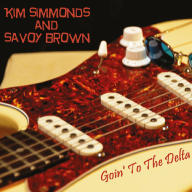 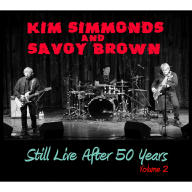 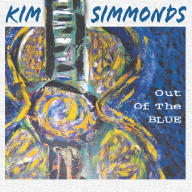 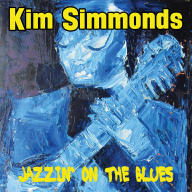 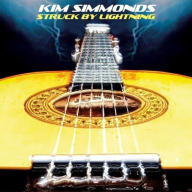 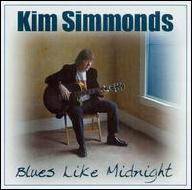 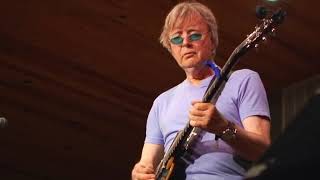 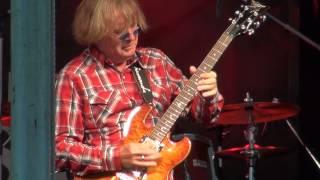 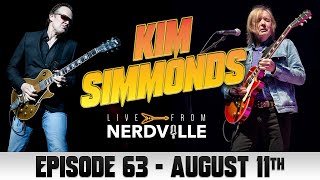 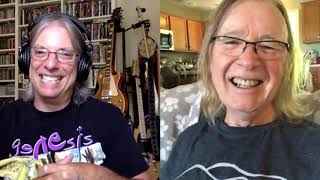 An Interview with Kim Simmonds of Savoy Brown 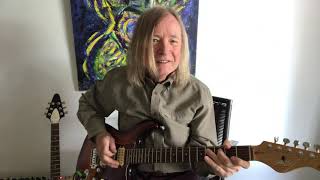 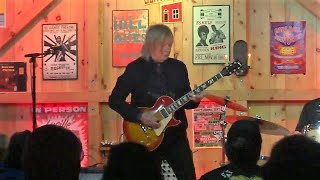 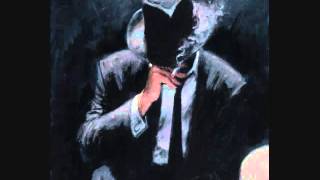