Close
Evan Dando
from Boston, MA
March 4, 1967 (age 55)
Biography
Lemonheads singer/guitarist/songwriter (and sometimes drummer) Evan Dando was one of alternative rock's most publicized artists during the early '90s, before drugs derailed his career and nearly killed him. Born on March 4, 1967 and raised in the suburbs of Boston, Massachusetts, Dando had gravitated toward such influential '80s punk outfits as Hüsker Dü and the Replacements, which led to the formation of the Lemonheads by the mid-'80s. The group's original lineup consisted of Dando, Ben Deily (vocals, guitar, drums), and Jesse Peretz (bass), and was featured on the 1986 EP Laughing All the Way to the Cleaners, which the band put out on their own. With full-time drummer Doug Trachten joining the band, the Lemonheads signed on with the Taang! label, and issued such further releases as 1987's Hate Your Friends, 1988's Creator, and 1989's Lick; the latter contained a rough and tumble reading of Suzanne Vega's "Luka," which received moderate success on MTV and college radio. A rift between bandmembers grew with each successive release, leading to Dando eventually being the only original member left in attendance by the dawn of the '90s. Subsequently, Dando retained the Lemonheads name and signed on with Atlantic.

The Lemonheads' major-label debut, Lovey, showed that the once straight-ahead punk band had grown into more of an alt-pop outfit, as Dando also tackled such previously unexplored sounds as jangle pop and country-rock. Around the same time, he guested on the Blake Babies' sophomore release, Earwig, and issued an obscure solo EP, Favorite Spanish Dishes, which contained another oddball cover, this time of the New Kids on the Block's "Step by Step." With Nirvana having cleared the way for other alt-rock bands by 1992, Dando and the Lemonheads couldn't have picked a better time to issue what is considered by many to be their best album, It's a Shame About Ray. With Dando tagged as a sex symbol by the press around this time, a buzz around the group grew due to appearances on countless magazine covers. But it wasn't until a cover of Simon Garfunkel's "Mrs. Robinson" was added on a second printing of the album that the Lemonheads finally broke through commercially, resulting in It's a Shame About Ray eventually reaching gold certification.

A follow-up album, 1993's Come on Feel the Lemonheads, was another success (also reaching gold certification), but rumors that Dando was indulging too heavily in hard drugs were eventually confirmed as fact, which led to Dando and the Lemonheads' downfall. With a backlash due to all the press coverage circa "Mrs. Robinson" and an extended layoff between their next release, 1996's unfocused and largely ignored Car Button Cloth, the Lemonheads eventually split up. Little was heard from Dando subsequently, as it appeared he'd completely fallen off the face of the earth. But by 2000, he was healthy enough to return (joking that he'd spent the past few years "doing monitors for Enya"), appearing with old pals the Blake Babies and playing several solo acoustic shows.

In 2001, Dando launched a more extensive solo acoustic tour and issued his first solo full-length, the in-concert Live at the Brattle Theatre/Griffith Sunset, which equally mixed originals along with covers. Around the same time, Dando joined up with former Smashing Pumpkins members James Iha and Melissa Auf Der Maur (and, allegedly, also Ryan Adams) in a new group, the Virgins. Dando also began laying down the groundwork for his first solo studio full-length. In 2003, he surfaced with the beautifully sweet Baby I'm Bored. Guest spots from Ben Lee, ex-Spacehog frontman Royston Langdon, and producer Jon Brion made Dando's first solo studio effort shine. In 2003, he reunited the Lemonheads and released an eponymous album. Three years later, the band returned with the Gibby Haynes-produced covers album Varshons.

Throughout the years, Dando has tried his hand at acting (bit parts in the movies Reality Bites and Heavy), and has guested on other artists' recordings, including Juliana Hatfield's Hey Babe and Forever Baby, Godstar's Sleeper and Bad Bad Implications, Kirsty MacColl's Galore, Mike Watt's Ball-Hog or Tugboat?, and Mary Lorson's Tricks for Dawn. Dando also penned a song with members of Oasis, "Purple Parallelagram," sometime during the mid-'90s (the song was to be included on Car Button Cloth, before Oasis demanded it be omitted). 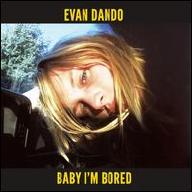 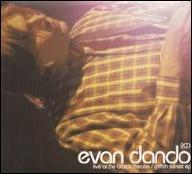 Live at the Brattle Theatre/Griffith Sunset
2001 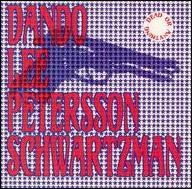 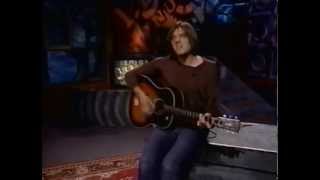 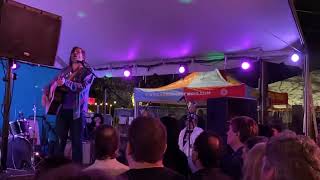 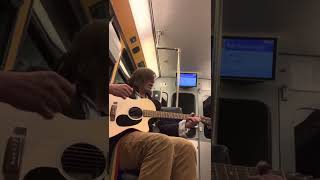 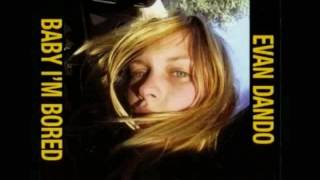 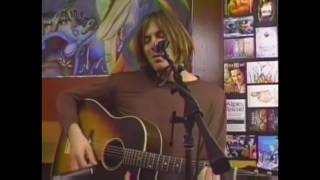 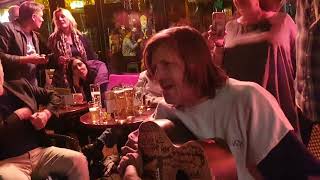 the Lemonheads - Evan Dando. afterparty after their gig at the Melkweg.
Available here: