Close
Lonnie Liston Smith & the Cosmic Echoes
Biography
When Lonnie Liston Smith made the transition from sideman to leader in 1973, that was the beginning of a fusion/crossover/post-bop band that he dubbed Lonnie Liston Smith the Cosmic Echoes. The acoustic pianist/electric keyboardist, who was born in Richmond, VA, on December 28, 1940, and should not be confused with soul-jazz/hard bop organist Lonnie Smith, would have had an impressive resumé even if he had never formed a band of his own; in the '60s and early '70s, he had been a sidemen for, among others, Pharoah Sanders, Rahsaan Roland Kirk, Gato Barbieri, singer Betty Carter, and trumpeter Miles Davis. In fact, Smith was still in Davis' employ when he signed with producer Bob Thiele's RCA-distributed Flying Dutchman label and recorded his first album as a leader, Astral Traveling (which Thiele produced). Nonetheless, the Cosmic Echoes were a major step forward for Smith; the improviser had a lot more time to devote to his own compositions, and he was free to concentrate on a very spiritual type of fusion that had a variety of influences. The post-bop of model explorers like Coltrane, Sanders, Kirk, Yusef Lateef, McCoy Tyner, and Charles Lloyd were a heavy influence on Smith's composing; all of those artists shared the Cosmic Echoes' spiritual concerns. But the Cosmic Echoes were hardly jazz purists. Their instrumental fusion combined those post-bop influences with funk, pop, and rock, and some of their best-known vocal numbers (which include 1979's Space Princess and 1983's Never Too Late) were outright RB.

It was on April 24, 1973, that Smith recorded Astral Traveling and led his first Cosmic Echoes lineup; one that included George Barron (soprano and tenor sax), Joe Beck (guitar), Cecil McBee (bass), David Lee Jr. (drums), James Mtume (percussion), Sonny Morgan (percussion), Badal Roy (tabla drums), and Geeta Vashi (tamboura). Astral Traveling was entirely instrumental, but it wasn't long before Smith added a vocalist to the Cosmic Echoes: his brother Donald Smith. Although Donald Smith had helped his brother put together the Cosmic Echoes' first lineup, he isn't actually employed on Astral Traveling; 1974's Thiele-produced Cosmic Funk was the first Cosmic Echoes album that featured him on vocals. From 1974 on, the Cosmic Echoes' albums were typically about 80 percent instrumental but included a few vocal offerings. Subsequent Cosmic Echoes projects included 1975's Expansions, 1975's Visions of a New World, 1976's Reflections of a Golden Dream, and 1977's Renaissance, all of which were on either Flying Dutchman or RCA proper.

Along the way, the Cosmic Echoes had more than their share of personnel changes. When the group recorded a live album for RCA in 1977, the lineup included Smith on piano and keyboards, his brother Donald on vocals, Dave Hubbard on tenor and soprano sax, Al Anderson on electric bass, Ronald Miller on electric guitar, and Hollywood Barker on drums; a lineup that, except for Lonnie Liston Smith himself, is totally different from the Cosmic Echoes lineup heard on 1973's Astral Traveling. It was in 1978 that Smith and his Cosmic Echoes left RCA and moved to Columbia to record Loveland, which was a respectable seller (at least by jazz standards) and fared well among fusion, crossover, and quiet storm fans. Smith's next Columbia album, Exotic Mysteries, gave us the single Space Princess, which featured Donald on lead vocals and became a minor hit. Although Exotic Mysteries was primarily an instrumental fusion album, Space Princess wasn't jazz at all; the tune is funk-disco but still has that mystic Cosmic Echoes vibe. Some people felt that when Smith and his Cosmic Echoes were recording for Columbia in the late '70s and early '80s, they became too slick and commercial; nonetheless, the group still had integrity and was still enjoyable and interesting during its Columbia period.

Donald Smith temporarily left the Cosmic Echoes after Exotic Mysteries, and on 1979's Song for the Children, he was replaced by singer James Crabbe Robinson (who is also employed on 1980's Love Is the Answer). And Robinson wasn't the only person who passed through the Cosmic Echoes in the late '70s and early '80s. Others who came on board during Smith's Columbia period included guitarist Abdul Wali, bassist Pee Wee Ford, drummer Lino Reyes, and percussionist Lawrence Killian; like Art Blakey the Jazz Messengers, Lonnie Liston Smith the Cosmic Echoes could be a revolving door. Donald Smith ended up returning to the fold in the early '80s, which is also when the Cosmic Echoes were reunited with Thiele (who signed Smith to his new Doctor Jazz label). One of songs that Smith's Cosmic Echoes recorded for Doctor Jazz was the urban/quiet storm vocal number Never Too Late, which was released as a single and became a minor hit.

In the mid-'80s, the Cosmic Echoes unofficially called it quits and Smith moved on to other things. But the pianist/keyboardist (who turned 60 in 2000) returned to a Cosmic Echoes-minded approach in 1998, when he was reunited with his brother Donald and featured him on the album Transformation (which came out on Smith's own label Loveland Records). In 2002, Sony's reissue-oriented Legacy Recordings looked back on the Cosmic Echoes' late-'70s and early-'80s output with a two-CD retrospective titled Explorations: The Columbia Recordings. ~ Alex Henderson, Rovi 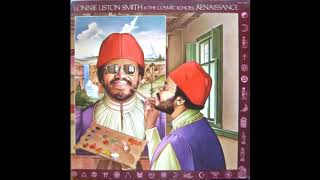 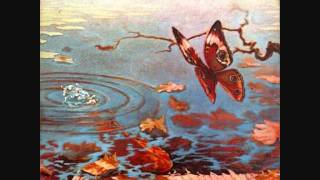 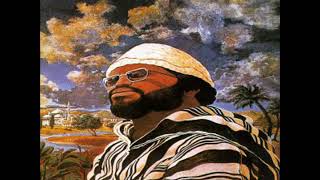 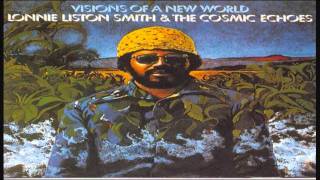 Lonnie Liston Smith & The Cosmic Echoes - A Chance for Peace 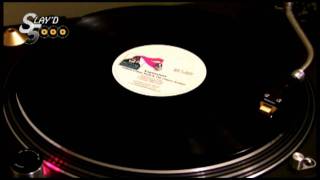 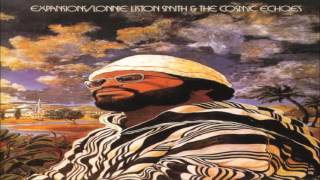 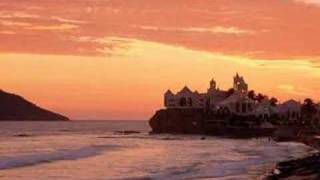