Close
Ashley Hutchings
from Southgate, Middlesex, England
January 26, 1945 (age 77)
Biography
Often referred to as the father of English folk-rock, Ashley Hutchings played an important role in sowing the genre's late-'60s origins and fostering its continued success in the decades to come. A founding member of three seminal groups, Hutchings instigated Fairport Convention's thrilling electrification of traditional English fare on their landmark 1969 LP Liege Lief before leaving the band to form the equally significant Steeleye Span a year later. His subsequent marriage to another English folk pioneer, Shirley Collins, prompted the formation of the Albion Country Band to back and produce Collins' 1971 masterpiece No Roses, which stands as one of the highlights of folk-rock's heyday. Having already participated in several of the scene's most influential albums, Hutchings carried on through the '70s and '80s, doggedly pursuing a wide array of collaborations and promoting his own eclectic pursuits, from amplifying traditional English Morris dance music to creating a theatrical one-man show devoted to famed folk song collector Cecil Sharp. His prolific output has continued into the 2010s and his accumulated discography stands as an impressive entanglement of unique one-offs, inspired collaborations, short- and long-lived bands, and curious creative detours all springing from his myriad interests that span folk, rock, skiffle, and more. While his participation in Fairport Convention and Steeleye Span ended relatively early, he turned the Albion Band (as it became known in later years) into a lasting presence with an ever-changing multi-generational lineage of members over the course of 40 years. His skills as a bassist have placed him in demand beyond the boundaries of typical folk bands, but one of the most important aspects of his contribution to music, apart from the bands he has organized, is his ability to take traditional music, long pre-dating the 20th and 21st centuries, and transmute it into something accessible to contemporary listeners without violating its spirit wholesale.

Hutchings spent his formative years listening to "trad" (a British form of Dixieland jazz that had become popular in Britain at the beginning of the '50s), skiffle, an early English and American rock & roll, and by the early '60s, he'd developed a deep and abiding love for folk music as well. He began singing and playing bass in a skiffle band, and later graduated from the washtub version of the instrument to a proper upright bass. In 1966, he formed the Ethnic Shuffle Orchestra with guitarist Simon Nicol and several other players, which offered a mixture of English skiffle, American R&B, and folk music from the British Isles. Their work together led Hutchings, Nicol, and new colleague Richard Thompson to form Fairport Convention in 1967, with Martin Lamble (succeeded, after his death in a car crash, by Dave Mattacks), and Judy Dyble (later replaced by Sandy Denny) added to the lineup. Fairport's initial style mixed the occasional traditional folk song with covers of American singer/songwriters and originals that often recalled that country's West Coast folk-rock scene. With the arrival of fiddler Dave Swarbrick, Hutchings began to steer the band toward adapting traditional material from the British Isles, much of which he unearthed through his research at the Cecil Sharp House. Released in 1969, Fairport's landmark Liege Lief album introduced this more homegrown approach, electrifying ancient U.K. folk traditions and essentially launching the English folk-rock movement. When it became clear to Hutchings, however, that future albums would include far more original material, he exited the lineup and began organizing a new and similarly influential band.

Formed in 1970 by Hutchings with Tim Hart, Maddy Prior, Terry Woods, and Gay Woods, Steeleye Span debuted with another essential English folk-rock classic in Hark! The Village Wait. Although this lineup quickly dissolved and re-formed in 1971 with new members Peter Knight and Martin Carthy replacing the Woods, the group went on to become one of the pillars of the folk-rock scene, and over their next two albums, pioneered a distinctive rock-driven approach that frequently utilized a cappella group vocals and curiously did not include a drummer. For the first part of their career, Steeleye Span was devoted to purely traditional music. Ultimately, they shared the limelight with Fairport Convention, vying for the greater loyalty of folk music fans and even reaching out for a time to rock audiences -- the decision to go almost fully electric and the addition of a full-time drummer toughened their sound considerably. By that point, however, Hutchings was gone, having exited after the band's third album, Ten Man Mop or Mr. Reservoir Butler Rides Again.

Having wed another British folk pioneer, the great Shirley Collins, Hutchings assembled a new group called the Albion Country Band to back Collins on yet another seminal folk-rock LP. Released in late 1971, No Roses featured Collins' sweet voice backed by a small orchestra of musicians and a host of prominent guests including members of the Watersons, Steeleye Span, and Fairport Convention and was co-produced by Hutchings. As an entity, the Albion Band (as it later became known) was spun off from the Collins release to become yet another deeply significant act in the history British folk-rock music, as well as Hutchings' most enduring project. A fluid membership has characterized the various Albion bands almost from the beginning, but in its early incarnation as the Albion Country Band, it was staffed by various former and contemporary members of Fairport along with names like Martin Carthy, John Kirkpatrick, Royston Wood, Sue Harris, Sue Draheim, and Steve Ashley, all working under Hutchings' guidance. Although this version disbanded in 1973, Island Records posthumously released their lone album, the highly regarded Battle in the Field, in 1976, just as Hutchings was relaunching its successor, the Albion Dance Band, whose focus on traditional British dance music he'd already been exploring in another project. Several of his earlier Albion players (Kirkpatrick, Richard Thompson, and Dave Mattacks) joined him and fiddler Barry Dransfield for 1972's Morris On, the first of several albums dedicated to traditional Morris dance music which, over the following decades, begat descendants like Son of Morris On (1976), Grandson of Morris On (2002), and Great Grandson of Morris On (2004). Also during the mid-'70s, Hutchings and Collins embarked on yet another project, this time eschewing electricity with the entirely acoustic Etchingham Steam Band, which largely acted as a live band and never made a proper album. Other projects of that era included charming, traditionally minded oddities like 1972's The Compleat Dancing Master, 1976's Rattlebone Ploughjack, and 1977's Kickin' Up the Sawdust.

Following The Prospect Before Us, the 1976 album released by the Albion Dance Band, Hutchings shortened the group's name simply to the Albion Band, which it would more or less retain for decades to come. 1978's Rise Like the Sun was the first outing under the Albion Band banner and was followed in 1980 by Lark Rise to Candleford. Around this time, Hutchings' and Collins' marriage ended and he spent the first part of the decade alternately adding to the Albion catalog and developing a theatrical one-man show about famed British song collector Cecil Sharp. After touring with the show, he recorded it in album form for 1984's An Hour with Cecil Sharp and Ashley Hutchings. One of his most ambitious and original releases arrived in 1987: a highly underrated concept album about two lovers called By Gloucester Downs I Sat Down and Wept.

At the beginning of the '90s, Hutchings stripped the Albion Band down to a lean acoustic format, a move that pre-dated the unplugged trend that followed in popular music over the next few years. This version of the band featured longtime collaborator Nicol and the talents of relative newcomer singer/guitarist Chris While. With this acoustic quartet, Hutchings helped produce two of the Albions' more notable later periods albums in 1993's Acousticity and 1995's Albion Heart. Around that same time, Hutchings himself became the subject of an expansive set of anthologies that celebrated his reputation as the "Guv'nor" of British folk-rock. Released in 1995 by HTD Records, The Guv'nor and its three successive volumes covered the breadth of its subject's career from his pre-Fairport band, the Ethnic Shuffle Orchestra, through his '80s Albion output. Not one to dwell too long on past glories, Hutchings kept on working and in the late '90s released albums by the Ashley Hutchings Dance Band and Ashley Hutchings' Big Beat Combo, the latter a revival group specializing in skiffle, trad, and early English rock & roll. In 2002, as the latest iteration of the Albion Band wound down, Hutchings' authorized biography, Ashley Hutchings: The Guv’nor & The Rise of Folk-Rock, was published, along with the release of a fifth volume of The Guv'nor anthology series. The following year he was part of the Cecil Sharp Centenary Collective, which commemorated Sharp's work with the album As I Cycled Out on a May Morning. He also formed a new original band with a group of young musicians called the Rainbow Chasers, who issued a trio of albums between 2005 and 2006. Ever prolific, he also found time to relaunch the Albion Band for a series of seasonal acoustic holiday tours which were often credited to the Albion Christmas Band. Next up was a unique 2008 collaboration with Italian musician Ernesto de Pascale called My Land Is Your Land which featured 30 musicians and celebrated the bonds between English and Italian culture.

Seemingly possessed of boundless energy and unending creativity, Hutchings did something surprising in 2011 by slowing down his output. It was announced that the newest version of the Albion Band, his longest-running project, would be helmed by his son, singer/songwriter and actor Blair Dunlop, and that Hutchings would not even be a member. Still, even with Dunlop fronting the next generation Albions, Hutchings didn't surrender the reins completely and maintained his annual post with the Albion Christmas Band who issued a trio of albums over the coming years. In grand British tradition, he was awarded the MBE (Excellent Order of the British Empire) during the Queen's Birthday Honours in 2015. Revisiting an earlier project close to his heart, Hutchings returned in 2019 with the double-album Paradise Thorns, which offered both a reworking and a continuation of the tale he began on his 1987 highlight, By Gloucester Downs I Sat Down and Wept. The next year Dylancentric: Official Bootleg arrived, documenting Hutchings' live performance of Bob Dylan material at the 2019 Isle of Wight Festival. ~ Timothy Monger & Bruce Eder, Rovi 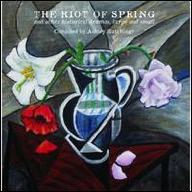 The Riot of Spring and Other Historical Dramas, Large and Small
2014 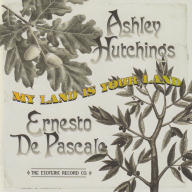 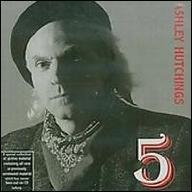 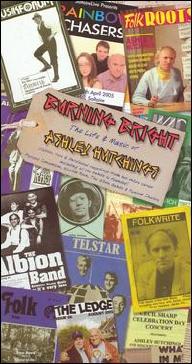 Burning Bright: The Life And Music Of Ashley Hutch
2005 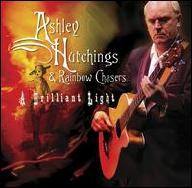 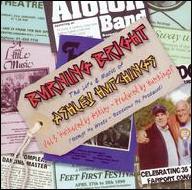 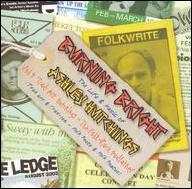 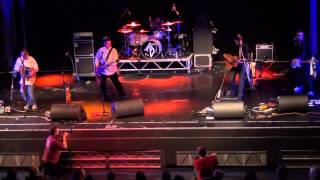 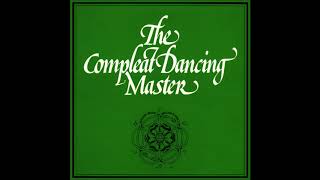 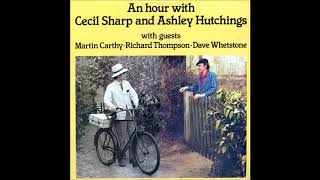 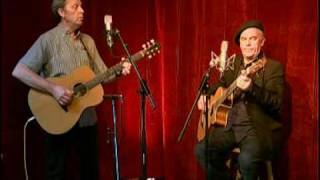 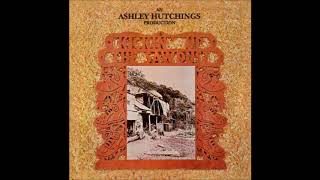 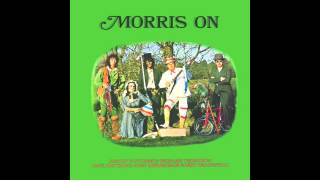 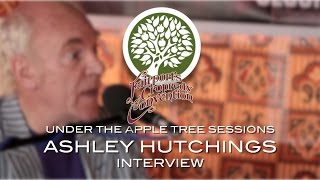