Close
Freddy Weller
from Atlanta, GA
September 9, 1947 (age 74)
Biography
Guitarist and songwriter Freddy Weller had a successful behind-the-scenes career in pop/rock before finding solo success as a country singer. Born Wilton Frederick Weller in Atlanta in 1947, he started playing both banjo and mandolin at age eight and soon moved on to the guitar as well. During his teen years, Weller performed regularly on the local radio show Georgia Jubilee, where he shared time with the likes of Jerry Reed, Joe South, and Billy Joe Royal. He soon became a regular session guitarist in the area, most notably playing on Royal's 1965 hit Down in the Boondocks; while in Royal's touring band, Weller met Paul Revere the Raiders, who offered him their lead guitar slot in 1967. Weller spent the next four years as a member of the Raiders, and in 1969 he worked with pop singer Tommy Roe in a songwriting capacity, co-writing the smash hits Dizzy and Jam Up Jelly Tight. Later that year, Raiders frontman Mark Lindsay offered Weller the chance to return to his first love, country music, when the group canceled a recording session. Weller took the studio time instead, and his version of Joe South's Games People Play went to number two on the country charts that year; moreover, the follow-up single, South's These Are Not My People, reached number five. Weller departed the Raiders to focus on his solo career in 1971, the same year he scored three straight Top Five hits on the country charts with Another Night of Love, Indian Lake, and The Promised Land.

Weller reached the country Top 20 three times over 1972-1973 with songs he either wrote or co-wrote: The Roadmaster, She Loves Me (Right Out of My Mind), and The Perfect Stranger. He also penned Bob Luman's country smash Lonely Women Make Good Lovers in 1972, and it was later covered for another hit by Steve Wariner. Weller's final Top Ten hit was a 1973 cover of Chuck Berry's Too Much Monkey Business, and he reached the Top 20 twice more in 1974 with I've Just Got to Know (How Loving You Would Be) and You're Not Getting Older (You're Getting Better). In 1975, he left Columbia to record an album for ABC/Dot but subsequently returned to Columbia and continued to record for them through the early '80s. He couldn't duplicate his earlier run of commercial success as a singer but kept up his songwriting; when a few small-label efforts in the '80s failed to attract much attention, he supplied material to stars like Reba McEntire (They Asked About You), John Michael Montgomery (She Don't Need a Band to Dance), and George Jones (What I Do Best), among others. ~ Steve Huey, Rovi 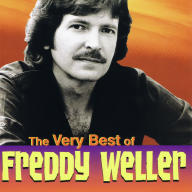 The Very Best of Freddy Weller
2002 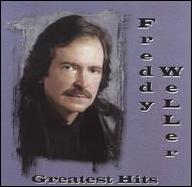 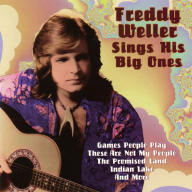 Freddy Weller Sings His Big Ones
1998

Love Got in the Way
1978
Videos
Close 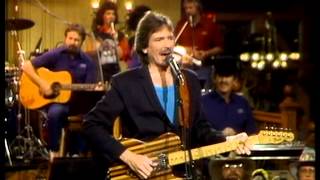 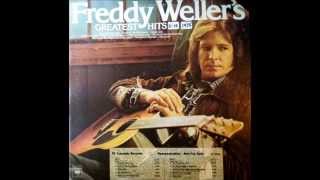 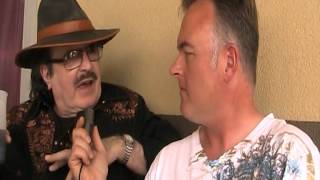 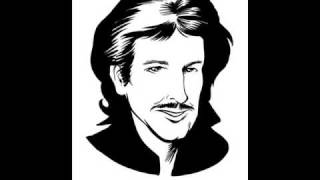 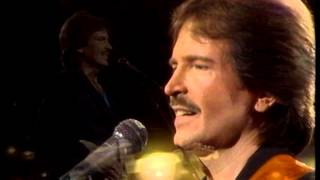 Freddy Weller - She Loves Me Right Out of My Mind 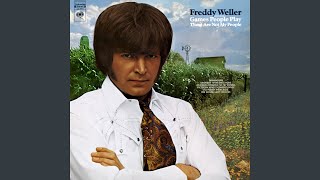 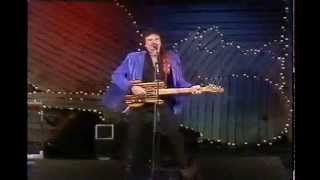