Close
Mark Lindsay
from Eugene, OR
March 9, 1942 (age 80)
Biography
Singer, saxophonist, songwriter, and producer Mark Lindsay is best known as the frontman for Paul Revere the Raiders, who scored a series of hits from the 1960s into the early '70s. Although the band was named for keyboard player Revere, it was Lindsay who was the most identifiable member, and as time went on, he took over songwriting and producing chores for the group. Lindsay left in the mid-'70s, after which he pursued a career largely out of the limelight, though he periodically performed his old hits, and by the 1990s he was back to recording independently.

Lindsay grew up in Idaho, where, in his teens, he joined a band led by Paul Revere Dick as its lead vocalist and saxophone player. By 1960 they were exploiting Dick's first and middle names to reference the Revolutionary War hero and calling themselves Paul Revere the Raiders. (Eventually, they would take to wearing Revolutionary War uniforms on-stage). That was how they were billed when their first single, the instrumental Like, Long Hair on the tiny Gardena label, reached the national Top 40 in 1961. Their progress was interrupted when Revere was drafted and, as a conscientious objector due to his Mennonite religious beliefs, spent two years working in non-military government service. But they reorganized in the state of Washington afterwards and began to attract attention regionally. Their recording of Louie, Louie was released on Sande Records shortly after the hit version by local rivals the Kingsmen and was overshadowed even though it was picked up for national distribution by Columbia Records. Nevertheless, Columbia signed the act. A series of singles starting with Louie - Go Home (co-written by Lindsay and Revere) followed over the next year and a half, all of them "bubbling under" the Billboard Hot 100. (Although not a hit, Louie - Go Home had an impact in the U.K., where it was recorded by both David Bowie and the Who in the early stages of their careers.)

Then, television producer Dick Clark hired Paul Revere the Raiders to appear on his new weekday afternoon TV series, Where the Action Is, in the summer of 1965. The show premiered June 27, as Columbia released the group's debut LP, Here They Come!, which entered the charts in July. In September, Steppin' Out, co-written by Lindsay and Revere, became their first Hot 100 chart entry in more than four years. Much of the success was attributable to Lindsay, the band's photogenic singer, who quickly became a teen idol. To distinguish him from Revere, Columbia began billing the act as "Paul Revere the Raiders Featuring Mark Lindsay" on most of their records, starting with their next single, Just Like Me, which just missed reaching the Top Ten in January 1966. It was the beginning of a big year for the group, including the Top Ten hits Kicks and Hungry and the gold-selling Top Ten LPs Just Like Us! and Midnight Ride. By the fall of the year, Lindsay had begun to become more involved with the group's songwriting, in tandem with producer Terry Melcher. The Great Airplane Strike, which peaked at number 20 in October, was co-written by Revere, Melcher, and Lindsay, and the gold-selling LP The Spirit of '67, released late in 1966, included six songs co-written by Lindsay, among them Good Thing, which peaked in the Top Ten. That single's follow-up, Ups and Downs, another Lindsay/Melcher composition, peaked at number 22 in March. At the end of that month, Where the Action Is went off the air, but the band quickly demonstrated it could have hits without TV exposure by reaching the Top Ten with its next single, Him or Me - What's It Gonna Be?, again written by Lindsay and Melcher.

The two songwriters next scored with the Top 20 hit I Had a Dream, and the next LP, Revolution!, released in August 1967, consisted entirely of their co-compositions. It marked a falloff in the group's sales, however, and the single Peace of Mind just missed making the Top 40 in December. On January 6, 1968, the band returned to television in a weekly Saturday afternoon slot with the show Happening '68, which ran until September 20, 1969 (by which time it was called simply Happening) and was augmented by the weekday afternoon summer series It's Happening, which ran from July 15 to October 25, 1968. As of the start of the year, Lindsay had seized control of the band's record production and also begun writing its songs by himself without Melcher's assistance. The result was five consecutive Top 40 hits, Too Much Talk, Don't Take It So Hard, Cinderella Sunshine, Mr. Sun, Mr. Moon, and the gold-selling Let Me, through the summer of 1969. But the band's albums of the period, Goin' to Memphis, Something Happening, Hard 'n' Heavy (With Marshmallow), and Alias Pink Puzz, also produced and largely written by Lindsay (and featuring mostly studio musicians) were only modestly successful. (A notable album track from this period was Freeborn Man, written by Lindsay and Keith Allison of the Raiders, which appeared on Alias Pink Puzz. Even before that, it had been recorded by Glen Campbell, and it went on to become something of a country and bluegrass standard, recorded by the Outlaws, Hank Williams Jr., Jerry Reed, and Jimmy Martin, among others.)

Lindsay explored two new areas in 1969. He began producing country records for Freddy Weller of the Raiders, starting with Weller's number two country cover of Joe South's Games People Play. And he launched a concurrent solo career while remaining with the band. While he had been following the changing trends of pop/rock music in the songs he was writing and producing for Paul Revere the Raiders, as a solo artist he turned to producer Jerry Fuller, known for his work with Gary Puckett the Union Gap, and recorded cover material in more of a middle-of-the-road pop style. His debut solo single, First Hymn from Grand Terrace, written by Jimmy Webb of MacArthur Park fame, barely made the Hot 100, but reached number 24 on the easy listening chart. His next solo single, Arizona, became a gold-selling Top Ten pop hit in early 1970, leading to the release of a similarly titled album that charted higher than any of his band's releases over the previous two years.

In retrospect, this may have been the perfect moment for Lindsay to leave the group. Instead, he persuaded Revere to streamline the name of the band to "Raiders," which caused some to think he actually had left. His follow-up singles to Arizona were less successful, meanwhile, though Silver Bird peaked in the Top 40 in August 1970, with the Silverbird LP getting into the Top 100. Silver Bird was also a Top Ten hit on the easy listening chart, as was its follow-up, a version of Neil Diamond's And the Grass Won't Pay No Mind. By this point, Raiders and Lindsay solo recordings were becoming almost interchangeable, and in the spring of 1971, Lindsay considered issuing his next single, Indian Reservation (The Lament of the Cherokee Reservation Indian) as a solo record before deciding it should be released as a Raiders disc. It became a surprise hit, reaching number one in July and eventually going platinum. Lindsay, meanwhile, toured as a solo act opening for the Carpenters and appeared as a regular on their summer replacement show, Make Your Own Kind of Music. He also delved into soundtrack work, co-writing the song Amanda with Artie Butler (who arranged his solo recordings), which was sung by Dionne Warwicke (as she was spelling her name at the time) in the film The Love Machine and recorded by her for a singles chart entry. He released more solo singles, as well as his third album, You've Got a Friend, all of which made the lower reaches of the charts, through the end of the year. But the success of Indian Reservation forced him to re-focus his attention on the Raiders. The Indian Reservation LP, spurred by the single, made the Top 20, but that was deceptive. The Raiders' next album, 1972's Country Wine, failed to reach the album charts at all, and after their last few singles in 1972 and 1973 flopped, Columbia dropped the group. Lindsay, too, had a few unsuccessful solo singles for Columbia, the last coming in 1975.

Lindsay continued to work in films, writing three songs used in movies in 1973, Jodi from Santee, It's Only Me from Your Three Minutes Are Up, and the theme from The Harrad Experiment, as well as co-writing Don't Let Him Down with Butler for Barbra Streisand to sing in her film For Pete's Sake in 1974. He remained with the Raiders during this period, while they descended to the oldies circuit and became a fixture in Las Vegas. But without the leverage of being the band's writer/producer, he came into greater conflict with Revere, who was content to turn the group into a lounge act mixing comedy with the hits, and his departure in 1975 was inevitable (though he sang with them again briefly in 1976 in connection with the Bicentennial celebrations). He released a few solo singles in 1976-1977, including two on Warner Bros., without attracting any notice. Thereafter, he worked more behind the scenes in various capacities of the entertainment business. He wrote and sang numerous commercial jingles. He had a cameo in the 1978 film Sgt. Pepper's Lonely Hearts Club Band. While serving as an A&R executive for United Artists Records, he worked with such artists as Gerry Rafferty and Kenny Rogers, and appeared on and helped produce Michael Christian's 1979 UA album Boy from New York City. His dubbed voice was heard on the American version of the Japanese film Shogun Assassin in 1980, and he wrote the score for the 1982 documentary The Killing of America. In 1984, his song In the Night, co-written with Michael Bradley, appeared on the soundtrack of Savage Streets, sung by Bradley. In 1986, he was lured back into live performing in connection with the celebrations surrounding the 100th anniversary of the Statue of Liberty, and thereafter he returned to regular concert work, maintaining a touring band and doing as many as 100 dates a year. Working with Bradley, he completed his fourth album, Looking for Shelter, which he released himself in 1990 after failing to find interest from the major labels. He made occasional television appearances, notably on the situation comedy Married with Children in 1992. In 1994, he sang Ups and Downs with Carla Olson on her album Reap the Whirlwind. His fifth solo album, 1996's Video Dreams, was another self-released effort. (It and other Lindsay-related recordings have been made available through his website, www.marklindsay.com.) In 2003, he announced that he would be giving up live performing by the end of the year to concentrate on writing his autobiography and making new recordings. ~ William Ruhlmann, Rovi 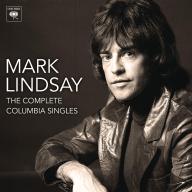 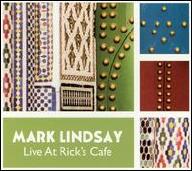 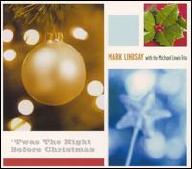 'Twas the Night Before Christmas
2003 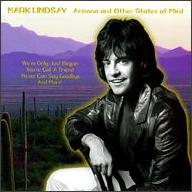 Arizona and Other States of Mind
1998 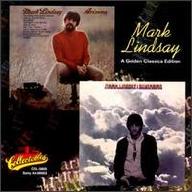 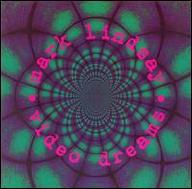 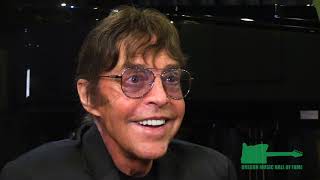 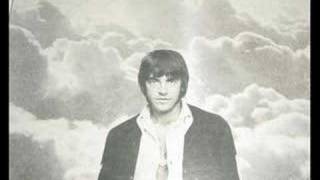 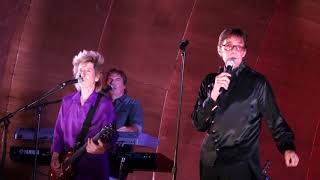 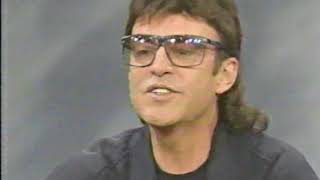 Mark Lindsay and others on Oprah 1990 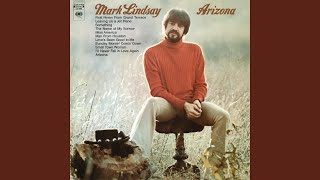 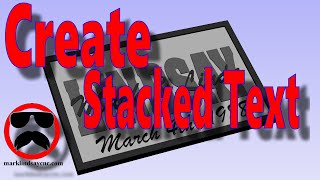 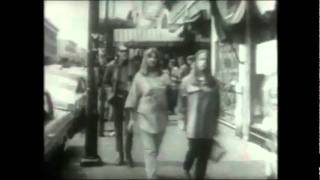