Close
Edgar Meyer
from Oklahoma City, OK
January 1, 1961 (age 61)
Biography
The masterful skills of Edgar Meyer -- whether as bassist or composer; in bluegrass, classical, or a mix of genres -- earned him a MacArthur Genius Grant in 2002, but that is not the only accomplishment of this remarkable musician. Following his initial emergence in the late '80s, Meyer rose to acclaim with his solo albums and collaborations with his similarly inclined contemporaries banjo player Béla Fleck, dobroist Jerry Douglas, and violinist Mark O'Connor. He has five Grammy Awards to his name, including three for albums with mandolin player Chris Thile, 2000's Appalachian Journey, 2011's Goat Rodeo Sessions with Yo-Yo Ma, and 2014's Bass Mandolin. The latter two albums also cracked the Top Five of the Billboard 200 chart. He has also collaborated on projects with such luminaries as Joshua Bell, Zakir Hussain, Hilary Hahn, Sam Bush, Christian McBride, Emanuel Ax, and many others. Along with performing, Meyer is also a highly regarded teacher who holds the position of Artist in Residence at Vanderbilt University's Blair School of Music and is on the faculty of the Curtis Institute of Music.

A native of Oklahoma City, Oklahoma, Meyer always credits his father, a high-school string music director, as his first teacher, and picked up his first real bass -- which had previously served as a flower planter -- at the age of five. He would go on to study at Indiana University and the Aspen Music School with Stuart Stankey and James Buswell. It was Stankey, he says, that showed him how to make the double bass his own. And it was in Aspen where Meyer connected with Béla Fleck. (Meyer also met his wife in the Aspen School's orchestra.)

Fleck introduced Meyer to Dobroist Jerry Douglas and violinist Mark O'Connor. After assisting Meyer on his first four albums, all four of them plus mandolinist Sam Bush became the group Strength in Numbers, generally classified as a bluegrass group, but going beyond that sound. That willingness to explore and create new and distinctive styles, as well as his musicianship, is what has always drawn other musicians and audiences to Meyer's music. During the 1980s, artists such as Garth Brooks, Emmylou Harris, the Indigo Girls, the Chieftains, Elton John, and others sought out Meyer for their albums. At the same time, Meyer became recognized among traditional Classical circles as a rare virtuoso of the small and ignored double bass repertoire, and earned an Avery Fisher Career Grant in 1994.

Meyer's own music is an organic combination of written and improvised sections, fusing folk and jazz and classical styles into something new. Professional collaborations bring out the best of his work, with album after album garnering critical praise. Appalachia Waltz and Appalachian Journey, his two albums with with O'Connor and Yo-Yo Ma, topped charts and best-of lists. Appalachian Journey won a Grammy Award, and the three artists appeared on Late Night with David Letterman. In 2011 Ma and Meyer joined with mandolinist Chris Thile (another MacArthur genius) for The Goat Rodeo Sessions. Meyer and Thile have also released two successful duet albums (2008 and 2014) and toured together, which is something Meyer often does when he finds a winning combination of colleagues.

Meyer worked with Fleck and Zakir Hussain to write a triple concerto and other pieces for double bass, banjo, and tabla; and with Joshua Bell for Meyer's Concerto for double bass and violin. His concerto for violinist Hilary Hahn is a rare work written for a single instrument and not the bass. Others Meyer has worked with include Mike Marshall and Emanuel Ax. Meyer still does solo recitals, with his longtime pianist Amy Dorfman, in programs featuring classical works alongside his own music, and he continues his relationship with Aspen, returning each year to mentor new students himself. Meyer once again collaborated with Yo-Yo Ma and Chris Thile for Bach: Trios, an album of new arrangements of J.S. Bach keyboard pieces released in April 2017. All three were also together, along with violinist Stuart Duncan, for 2020's Not Our First Goat Rodeo, the follow-up to their Grammy-winning 2011 collaboration The Goat Rodeo Sessions. ~ Patsy Morita, Rovi 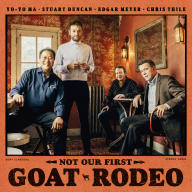 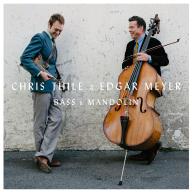 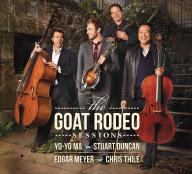 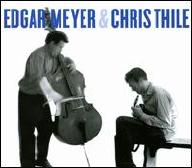 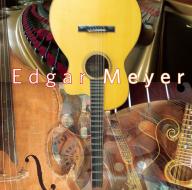 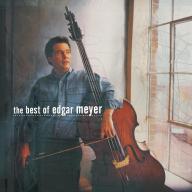 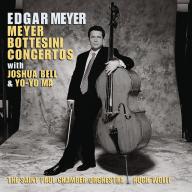 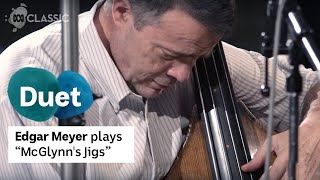 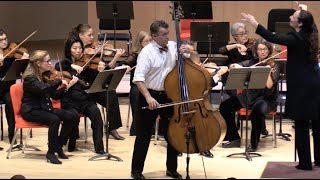 Bottesini: Concerto for Double Bass No. 2 in B Minor 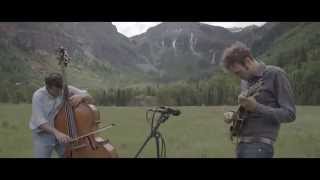 Chris Thile & Edgar Meyer - "Why Only One?" // The Bluegrass Situation 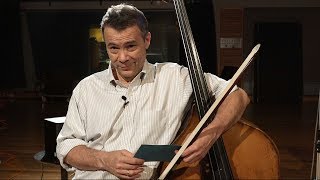 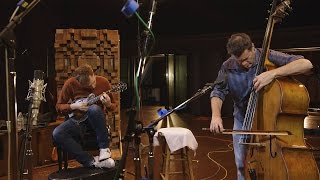 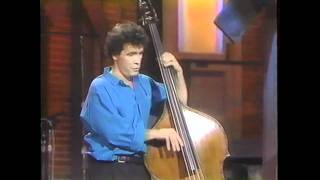 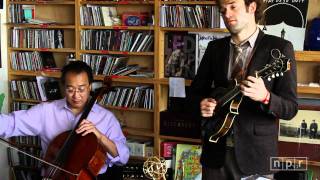