Close
The Bad Plus
from Minneapolis, MN
formed January 1, 1990 (age 32)
Biography
An acclaimed, genre-bending jazz trio, the Bad Plus play a maverick combination of originals and covers that blur the line between post-bop jazz, and instrumental rock. Formed in 1990, the group originally featured longtime friends, pianist Ethan Iverson, bassist Reid Anderson, and drummer David King. Their self-titled 2001 debut included reinventions of pop songs including ABBA's "Knowing Me, Knowing You," Nirvana's "Smells Like Teen Spirit," and Rodgers Hart's "Blue Moon." While that feat followed them through press clippings over the years, the band did not remain in one place very long. They continually sought to redefine the jazz piano as a work in progress: All of its members wrote, all soloed. Their common love for rock and pop songs carried over. On 2007's Prog, they showcased just how they moved music itself forward in juxtaposing jazz with classical music and pop; 2008's For All I Care was comprised entirely of covers, albeit with a twist: the trio was fronted by indie rock vocalist Wendy Lewis, who made herself part of the group's sonic landscape. In 2014, the Bad Plus recorded an acclaimed, note-for-note album-length trio re-creation of Igor Stravinsky's The Rite of Spring. In 2017, Iverson parted ways with the band; he was replaced by hard bop pianist Orrin Evans a year later, an effortless fit that shifted the band's sound but not their M.O.

Both Anderson and King grew up in Minnesota, while pianist Ethan Iverson spent his formative years in Wisconsin. Eventually, after crossing paths in such unlikely places as high school rock showcases and tentative free jazz performances inside Upper Midwestern diners, the three first performed as the Bad Plus in 1990, but they would spend the '90s embracing separate influences, each musician developing a unique musical language that would gestate into the trio's iconoclastic jazz template. Anderson released three albums on the Spanish indie Fresh Sound, Iverson was music director of New York City's prestigious Mark Morris Dance Group, and King worked with his Happy Apple combo, as well as 12 Rods.

In August of 2001, the bandmembers put aside their other projects and released The Bad Plus through Fresh Sound. It established that the Bad Plus were unafraid to stray from the confines of jazz but confident enough in their forays to make them stimulating and not simply novelties. The debut was a critical success, garnering best-of honors from The New York Times and Chicago Reader, among others. An "official" bootleg followed in 2002, eventually going out of print.

It was a particularly memorable performance at New York's Village Vanguard that led Columbia Records to sign the Bad Plus; in February of 2003, the label released These Are the Vistas, which was produced by stranger to jazz and ex-Latin Playboy Tchad Blake. The album presented original compositions from each musician, as well as a few ringers from the musical world outside the borders of jazz. Their re-imaginings of "Smells Like Teen Spirit" (which Iverson had reportedly never heard before), Blondie's "Heart of Glass," and Aphex Twin's "Flim" caused tails to wag, but it was the Bad Plus' powerful mixture of personality and performance that really defined them.

The Bad Plus toured throughout the spring and summer of 2003 in support of their major-label debut. The band's second album, Give, followed in spring 2004. For 2005's Suspicious Activity?, the trio produced the album with Blake at Real World Studios in England. Prog followed in 2007. In 2009, the Bad Plus teamed up with vocalist Wendy Lewis, adding a new dimension to the sound of their sixth album, For All I Care. The following year they continued to shake things up, releasing Never Stop, the group's first album of all-original material. The studio album Made Possible was released in September of 2012. After extensive touring and some side projects by the bandmembers, the Bad Plus returned to the studio and recorded their own version of Igor Stravinsky's ballet The Rite of Spring. It was released by Sony Masterworks in March of 2014, followed by Inevitable Western, a collection of original material issued in August.

The trio then joined saxophonist Joshua Redman for the 2015 collaborative effort The Bad Plus Joshua Redman. Stemming from a recording session that followed Redman and the Bad Plus' week-long stint at New York's Blue Note jazz club in 2012, the album featured brand-new compositions as well as reworkings of the Bad Plus songs "Dirty Blonde" and "Silence Is the Question." The album also garnered a Grammy nomination for Best Improvised Jazz Solo for Redman's performance on "Friend or Foe." In 2016, they returned with It's Hard, an eclectic collection of cover songs including reworkings of songs by Prince, Yeah Yeah Yeahs, TV on the Radio, Ornette Coleman, and others.

At the end of 2017, Iverson parted ways with the Bad Plus, with all three members essentially citing creative differences and the desire to try new things as the reason behind the change. After his departure, Anderson and King brought on board longtime associate and lauded jazz pianist Orrin Evans as a full-time member. Evans made his recorded debut with the trio on 2018's Never Stop II; a follow-up to the group's first album of all-original material, 2010's Never Stop. As with that album, Never Stop II also showcased original compositions by the band, including several by Evans. After intense touring, the Bad Plus signed to Great Britain's Edition Records. In October of 2019, they delivered their label debut, a collection of eight originals entitled Activate Infinity. ~ Johnny Loftus, Rovi 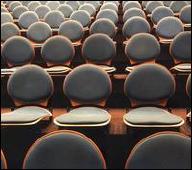 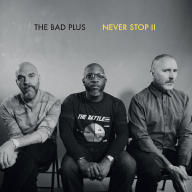 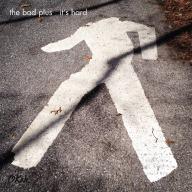 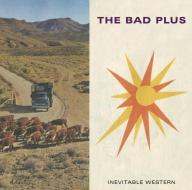 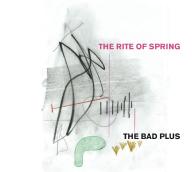 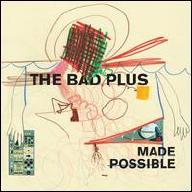 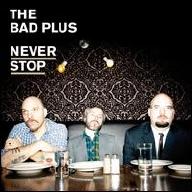 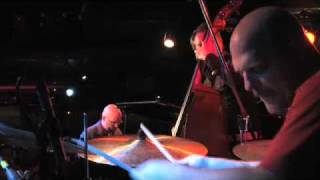 The Bad Plus - Everybody Wants To Rule The World 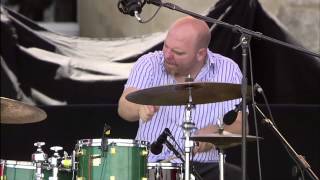 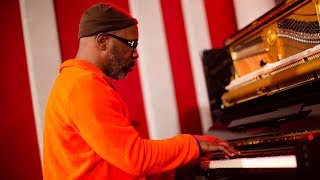 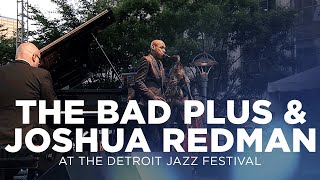 The Bad Plus Joshua Redman at Detroit Jazz Festival 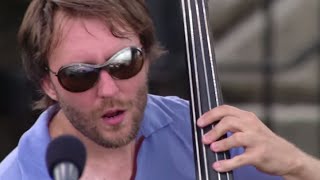 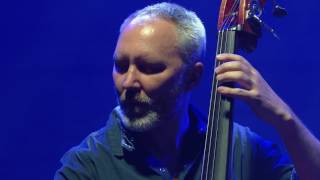 The Bad Plus live@moers festival 2017 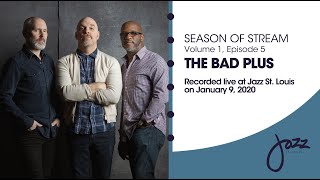 Season of Stream Vol. 1, Episode 5: The Bad Plus
Available here: