Close
Reid Anderson
from Minneapolis, MN
October 15, 1970 (age 51)
Biography
Composer, bassist, and electronicist Reid Anderson is a founding member of the globally acclaimed jazz trio the Bad Plus. His booming, woody tone and economical approach to the instrument is well-suited to virtually any situation he plays in, either as an ensemble player, a bandleader, or a sideman. The Bad Plus' members -- including pianist Orrin Evans, who replaced Ethan Iverson in 2017 -- have always operated on the democratic principle of equals: its members are all composers. Anderson's tunes are readily apparent for their lyricism and catchy, accessible elegance. He cut three leader dates for Spain's Fresh Sound New Talent, including 1997's Dirty Show Tunes, Abolish Bad Architecture in 1999, and 2000's universally acclaimed The Vastness of Space. The bassist also worked with saxophonists Mark Turner and Bill McHenry, vocalist Guillermo Klein, pianist Uri Caine, Donna Lewis, and drummer Jeff Ballard, to name a few. In 2019, Anderson, Bad Plus drummer Dave King, and pianist/keyboardist Craig Taborn -- another longtime acquaintance from high school in Minneapolis -- issued Golden Valley Is Now for Intakt.

Anderson was born in Golden Valley, Minnesota, a suburb of Minneapolis. His earliest interest in music was sparked by listening to rock radio as a teen. He was drawn to the bass and drifted toward prog hard rock; he honed his chops by playing in garage bands, which was where he met King. His insatiable curiosity about the instrument led him to jazz, in particular the music of Charles Mingus and the Ornette Coleman group with bassist Charlie Haden, and the John Coltrane Quartet with Jimmy Garrison. The latter two provided the inspiration that led Anderson to the acoustic bass. Though he had no intention of playing classical music, he attended the University of Wisconsin in Eau Claire as a music major. The curriculum required him to join the orchestra. His bass teacher was a professional orchestral bassist. Anderson picked up classical technique quickly and his instructor encouraged him to apply to the Curtis Institute of Music in Philadelphia. Anderson made it a goal and passed the audition. He studied classical music there and graduated within three years. While at Curtis, he hung around the renowned Clef Club, sitting in when he could. One day he received a phone call from future Bad Plus pianist Orrin Evans, who was still in high school and seeking a bassist to play in a pickup band for his sister's birthday party. The pair became friends that day.

After graduating from Curtis, Anderson moved to New York and got busy on the jazz scene, sitting in wherever and whenever he could. He played on Till Brönner Deutsches Symphonie-Orchester Berlin's German Songs in 1996, and made his debut for Fresh Sound New Talent on the Ben Waltzer Trio's For Good. In 1997 he recorded his first leader date for the label. Cut in Brooklyn over two days, Dirty Show Tunes by ?the Reid Anderson Quartet included Jorge Rossy, saxophonist Mark Turner, and pianist Ethan Iverson, a fellow Midwesterner. Anderson and Rossy in turn played on Iverson's first two trio dates for the label. That same year the bassist and pianist worked on Patrick Zimmerli's Twelve Sacred Dances for Arabesque, in a band that also included percussionist John Hollenbeck.

Anderson's second quartet date, Abolish Bad Architecture, appeared in 1999 in a quintet setting that found Jeff Ballard replacing Rossy. That same year, Anderson played bass on Evans' Criss Cross debut, Listen to the Band; it also featured Nasheet Waits, Sam Newsome, Duane Eubanks, and Ralph Bowen. The bassist also cut his first session with McHenry on the saxophonist's Graphic, with drummer Gerald Cleaver and guitarist Ben Monder, and toured with the avant supergroup Orange Then Blue, alternating with Ben Street in the bass chair. At the turn of the millennium, Anderson released his acclaimed piano-less quintet offering The Vastness of Space, with Monder, McHenry, drummer Marlon Bowden, and alto saxophonist Andrew D'Angelo. That year proved fateful. Not only did the album draw global critical notice but the Bad Plus officially formed after King moved to New York. Anderson also found time to play on Uri Caine's Goldberg Variations as well as several other recordings. In 2001, Anderson played on pianist Fred Hersch's Songs Without Words and in the Veil of Names duo with Gerald Cleaver. It was also the year that the Bad Plus debuted their self-titled offering on Fresh Sound New Talent.

For the next 16 years, the Bad Plus (Anderson, King, and Iverson) toured relentlessly, in the process becoming the most idiosyncratic piano trio in jazz. Between 2001 and 2016, they released 13 albums for a variety of labels. Anderson also found time to play on records by McHenry, Donna Lewis, Bill Carrothers, and a few others, but the band took up the vast majority of his attention. The trio served as artists in residence at Duke University in 2010 and 2011, and on March 24, 2011, they premiered their trio interpretation of Igor Stravinsky's The Rite of Spring at Duke's Reynolds Theater; they later recorded it in the studio for a 2014 release.

In addition to jazz, Anderson remained interested in rock music. He fronted and played guitar in a band called the Sun that performed his original songs. He also developed a serious interest in electronic music. He composed The Rough Mixes, an improvised work for live electronics and chamber orchestra. It was premiered with drummer Jeff Ballard and live video as part of the Saint Paul Chamber Orchestra's "Liquid Music" presentation series in 2013. In late 2016, the Bad Plus announced Iverson's departure at the end of the following year. Longtime friend Evans was a pianist and composer Anderson and King had long wanted to collaborate with, and Evans replaced Iverson in 2017, making his first recorded appearance with the trio on Never Stop II the next year, followed by a world tour.

In 2019, Anderson and King, along with saxophonists Tim Berne and Chris Speed, recorded an eponymously titled set as Broken Shadows for the French limited-edition label Newvelle Records. The avant jazz program included tunes by Ornette Coleman, Charlie Haden, and Julius Hemphill, among others. Anderson also played on Ballard's Fairgrounds album for the British Edition label. Other sidemen included guitarist Lionel Loueke, saxists Turner and Chris Cheek, and pianists/keyboardists Pete Rende and Kevin Hayes. Anderson, King, and Craig Taborn, who had all known and played with one another since high school in Minnesota, formed the electro-acoustic trio and in September released Golden Valley Is Now on Switzerland's Intakt label. (They had performed the roots of the material as an ensemble nine years earlier during the drummer-curated King for Two Days Festival at the Walker Arts Center in Minneapolis.) Anderson and the drummer penned its compositions with the intention of creating works that relied on the ensemble playing songlike structures rather than offering it as material for individual soloists to inform. The Bad Plus returned in October with the album Activate Infinity on Edition. ~ Thom Jurek, Rovi 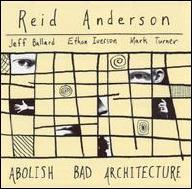 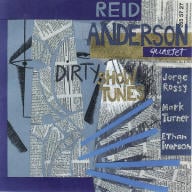 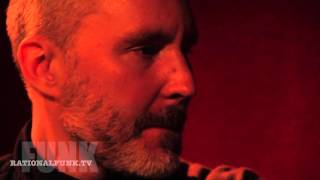 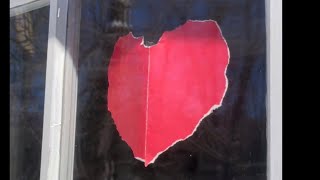 I Don’t Know How to Feel Another Way - Reid Anderson 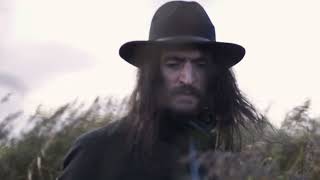 It Feels All Right - Reid Anderson 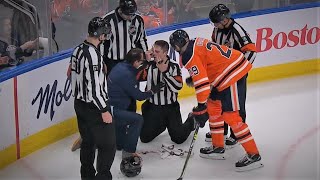 Leon Draisaitl Hits Reid Anderson In The Face With This Puck 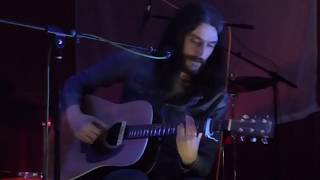 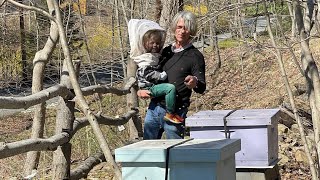