Close
Karl Berger
from Heidelberg, Germany
March 30, 1935 (age 87)
Biography
German-born pianist, composer, vibraphonist, instructor, and improviser Karl Berger is among the group of Europeans that embraced free jazz early, largely due to the influence of Ornette Coleman. Coleman's concepts of playing jazz are certainly reflected in Berger's own and the pair became colleagues: They co-founded the Creative Music Studio in Woodstock, New York in 1972. After developing his free jazz aesthetic, Berger played with Don Cherry in Paris. He emigrated to the U.S. in 1966 to play on the trumpeter's Symphony for Improvisers, The Eternal Now, and to cut his own debut offering, From Now On, for ESP-Disk. In 1971, he was part of John McLaughlin's quintet for the historic avant-fusion outing When Fortune Smiles. In 1976, he cut the acclaimed duo outing Just Play with drummer Ed Blackwell, though it went unreleased until 1979. He also released seminal duo outings with Ingrid Sertso (Changing the Time, 1978) and Lee Konitz (Seasons Change, 1980), and the now-classic Live at the Donaueschingen Festival ?for MPS with the Woodstock Workshop Orchestra. From the '80s on, Berger was prolific: He led and played in bands, worked as a sideman, recorded with groups of all sizes, and supplied others with assistance arranging, composing, and touring. In 1987 Black Saint released the acclaimed Transit, a trio date with Dave Holland and Blackwell. They reunited for Crystal Fire on Enja in 1992. In 2001, he released 2 X 2 in a trio with saxophonist John Tchicai and bassist Vitold Rek, and made his Tzadik debut with the solo piano outing The Strangely Familiar in its Composer Series in 2010. Between 2014 and 2016 he released a series of albums with saxophonist Ivo Perelman including The Art of the Improv Trio, Vols. 1- 6 that also included drummer Gerald Cleaver. His third Tzadik offering, 2018's In a Moment, included string players.

Berger began playing piano in his native Germany at the age of ten. As a young adult, he landed a gig as house pianist for jam sessions at Club 54 in Heidelberg. There he accompanied such visiting American players as Leo Wright, Lex Humphries, and Don Ellis, learning, in the process, the complexities of modern jazz. Eventually, he took up vibes and in the early '60s developed an interest in free jazz. As a vibist, Berger eschews the four-mallet technique; his style is all single-line with little (if any) chordal playing. His compositions are usually brief, song-like free-bop heads with free/modal solo sections sandwiched in between themes. His improvising style is apparent in his tunes: they're strongly, logically rhythmic, and (mostly) tied to tonal centers.

Berger earned a PhD in musicology in 1963; two years later, he joined Don Cherry's Paris-based quintet. The group traveled to New York in 1966 to record Symphony for Improvisers on Blue Note. Berger stayed in the U.S. and recorded his first album under his own name for ESP later that year. From 1967-1971, he played educational demonstrations in public schools with pianist Horace Arnold's group, and led his own ensembles. In 1972, he and Coleman formed the Creative Music Studio in Woodstock, New York. The school was geared toward encouraging young students to explore their own creative ideas rather than imposing traditional jazz concepts upon them. Teachers at the school included Jack DeJohnette, Sam Rivers, and Anthony Braxton, among many other prominent musicians. In the summer of 1982, Berger led a 28-piece big band at a "Jazz and World Music" concert as part of that year's Kool Jazz Festival in New York. Berger cut back on his teaching, shutting down the CMS facility in the mid-'80s, although workshops, live performances, and other activities have continued into the 21st century, with the latest version of the CMS having attained nonprofit status as part of the Creative Music Foundation. A major endeavor of the foundation has been the CMS Archive Project (undertaken in collaboration with the Columbia University Center of Jazz Studies), including a series of CDs of historic recordings from the studio's heyday, whose first volume saw limited-edition release to foundation members in February 2010, followed by a general release through Planet Arts Recordings in April of that year.

In the years immediately following the CMS' initial dissolution, however, Berger became more active as a player, first embarking on a world tour in 1985-1986, during which he served as a guest conductor and composer for the West German Radio Orchestra in Cologne. Berger also participated in percussion festivals in New Delhi and Bombay, and served as a pianist in a duo with the African percussionist Baba Olatunji. Berger continued recording in subsequent years, although not prolifically, working as a sideman on sessions with guitarist John McLaughlin, saxophonist Lee Konitz, and bassist Alan Silva. (He had also played on Carla Bley's late-'60s recording of Escalator Over the Hill.) Of Berger's later recordings as leader, 1987's Transit (with Ed Blackwell and Dave Holland) and 1990's Around -- both on Black Saint -- are well worth seeking out. During the '90s, Berger led several more dates for a variety of labels, and during the new millennium he emerged as an arranger, often working in conjunction with producer/bassist Bill Laswell, for pop/rock and world music artists including such notables as Jeff Buckley, Natalie Merchant, Better Than Ezra, the Cardigans, Shin Terai, and Angélique Kidjo. But he never stopped recording on his own. After the duo outing Karl Berger + Paul Shigihara for L+R in 1991, he reunited with Holland and Blackwell on Enja for the acclaimed Crystal Fire. In 1994 he cut the double-length Conversations for In+Out, a series of duos with Holland, James Blood Ulmer, Ray Anderson, Carlos Ward, Mark Feldman, and Ingrid Sertso. Berger spent the rest of the decade writing and leading workshops.

When he did resume recording under his own name, it was in a trio setting with saxophonist John Tchicai and bassist Vitold Rek on the globally acclaimed 2 X 2 in 2001, and five years later, he cut Duets 1 with bassist John Lindberg.

In 2010, Berger released his first album for Tzadik, comprising solo piano miniatures and titled The Strangely Familiar, as part of the label's prestigious Composer's Series. He also guested as a session player on Black Crowes' guitarist Rich Robinson's Through a Crooked Sun. In 2012, he and guitarist Dom Minasi released the acclaimed Synchronicity for Nacht Records. While 2013 saw Berger appear on recordings with Slide Hampton, Mossa Bildner, and Philip Gibbs, the following year saw Gently Unfamiliar, his sophomore date for Tzadik, in a trio with bassist Joe Fonda and drummer Harvey Sorgen. Also in 2014, he commenced a touring and recording partnership with saxophonist Ivo Perelman that resulted in three acclaimed outings: Reverie as half of a duo, The Art of the Improv Trio, Vol. 1, which also included drummer Gerald Cleaver, and The Hitchhiker, another duo offering released in 2016. In between, Berger cut the double-length live and studio offering Moon with trumpeter Kurt Knuffke, for No Business. In 2018, at the age of 88, Berger issued Interfaces: Jazz Meets Electronics, where he played vibes in a trio with drummer Joe Hertenstein and electronicist Jeff Morris. Under his own name, Berger also issued In a Moment, his third outing for Tzadik with bassist Ken Filiano and a string quartet that included violist Jason Hwang, with whom he teamed for the duo set Conjure that was issued late in 2019. ~ Chris Kelsey, Rovi 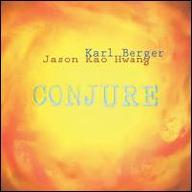 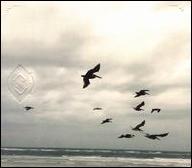 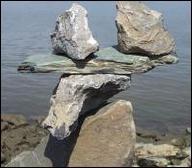 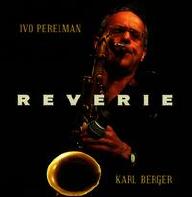 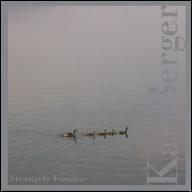 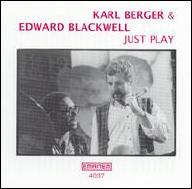 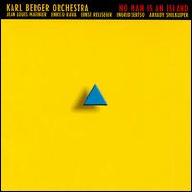 No Man Is an Island
1996
Videos
Close 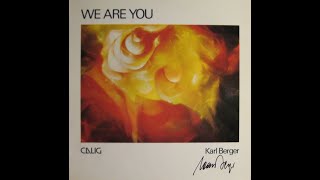 Karl Berger – We Are You (Full Album) 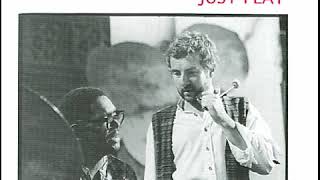 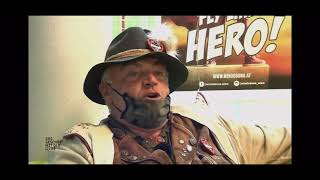 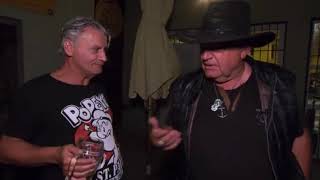 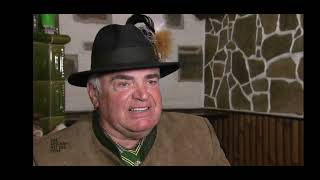 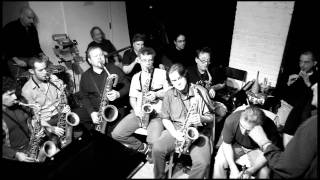 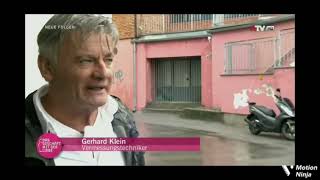