Close
Bert Berns
from New York, NY
November 8, 1929 - December 30, 1967 (age 38)
Biography
Bert Berns was one of the great rock and soul songwriters of the 1960s, as well as being a producer of note. He worked in the studio with the Drifters, Ben E. King, the Isley Brothers, and Solomon Burke. He wrote or co-wrote a raft of classics, including Twist and Shout, the Drifters' I Don't Want to Go On Without You, Burke's Cry to Me and Everybody Needs Somebody to Love, Garnet Mimms' Cry Baby and It Was Easier to Hurt Her, and Hang on Sloopy. By the mid-'60s, he was proving adaptable to changing trends in white rock too, successfully collaborating with Lulu, Them, and Neil Diamond. With executives of Atlantic Records, he founded the Bang! label, which had hits with the McCoys, the Strangeloves, Diamond, and Van Morrison before Berns' death at the end of 1967.

When writing and producing for soul artists, Berns was notable for his ability to combine the best of pop and RB. As with the compositions of his sometimes writing partner Jerry Ragovoy, there was an earthy gospel and down-home soul feel that was surprising coming from the pen of a white New Yorker. Berns, however, was more pop savvy than Ragovoy, as can be most audibly heard in his productions for the Drifters, which often backed the vocal group with smooth yet inventive strings (as on Under the Boardwalk). For Solomon Burke he proved capable of generating earthier and churchier tracks that sometimes drew from country music as well as RB.

Partially as a result of playing in Caribbean night clubs in the 1950s (he had been a student at the Juilliard School of Music), and his admiration of salsa music as played in New York, Berns infused his writing and production with a pronounced Latin spice. This can be heard in the composition done by the Jarmels for a hit in the early '60s, A Little Bit of Soap, and also in the rhythms of some of his Drifters productions. He was especially fond of an ascending chord progression whose origins have been attributed to Latin music, as heard in songs like La Bamba. The most obvious and famous example in the Berns catalog is Twist and Shout, very much like La Bamba in chord structure; the song was a huge seller not once but twice, both as a Top 20 hit for the Isley Brothers in 1962, and a number-two hit for the Beatles in 1964. (If you're wondering why the writing credit for Twist and Shout reads "Medley-Russell," it's because Berns sometimes wrote under the name of Bert Russell.) It was recycled yet again for a number-one hit in 1965 by the McCoys on Hang on Sloopy. Van Morrison would later be critical of Berns' passion for these kinds of chord progressions, noting that Berns wanted to record such songs even when they didn't suit the artist.

In the mid-'60s, Berns did some work in London with Lulu and Them, including the original version of his composition Here Comes the Night, recorded by Lulu. In a move that could have been sloppiness or just Berns and Decca Records trying to fire on all cylinders, Berns produced covers by both Lulu and Them at around the same time; Them's superior version of this classic tune became the big hit, although Lulu's version was released slightly earlier. Although lead singer Van Morrison was already writing quality material for the group, Them recorded several other decent Berns songs in the mid-'60s, including (It Won't Hurt) Half as Much, I Gave My Love a Diamond, and Go on Home Baby.

In 1965, Berns founded the Bang! label, with Atlantic executives Ahmet Ertegun, Nesuhi Ertegun, and Jerry Wexler as partners; "Bang" was just an acronym of their first initials (Jerry Wexler being considered "Gerald Wexler" for this purpose). In its brief existence, Bang! was very successful: recording pop-garage rock with the teenage McCoys, getting a Bo Diddley-derived hit with I Want Candy by the Strangeloves, and issuing Neil Diamond's first hit singles. Bang! also had a subsidiary, Shout!, for soul material, including releases by Freddie Scott and Erma Franklin, who did the original version of Piece of My Heart for the label.

For Bang!, Berns favored material that had a driving, upbeat feel, clean production, and catchy chord progressions; ethos that were bound to drive him into conflict with Van Morrison when he produced the singer's first solo work in 1967. Morrison had been at loose ends after leaving Them in 1966, and was just hanging around Belfast trying to get something different going when Berns came to the rescue by asking Morrison to come to New York; although Morrison has said that Berns did not, as has sometimes been written, pay for the fare. Morrison became a Bang! artist and recorded his first singles, and debut solo album, in New York with Berns as producer. Although this quickly yielded a big hit with Brown Eyed Girl, Morrison, already a serious singer/songwriter, was frustrated by conditions in the studio that were too commercially pressurized for his liking. In fairness to Berns, it should be noted that Morrison was not (and has never been) the easiest of musicians to work with due to his mercurial artistic temperament. One of the root problems was that Morrison, despite the success of Brown Eyed Girl, was in truth already more suited to being treated as an album-oriented artist for the expanding LP market, an area that Bang! was not tapped into.

It might have been interesting to see if Berns could have evolved with Morrison and like-minded artists into such directions, but he unexpectedly died of a heart attack on December 31, 1967. In a footnote to Bang!, control of the label had passed to Berns' widow Eileen, who agreed to release Morrison from his contract if he gave them publishing rights for an album's worth of new songs. Morrison complied, in letter if not spirit, with about 30 compositions that are little more than extemporized ditties, some of which seem to blatantly satirize Berns' taste for La Bamba"-like patterns and rhythms, and Bang!'s pressure to deliver commercial material. These tapes were eventually issued in the mid-'90s on European compact discs, as a perverse postscript to the Berns legacy. ~ Richie Unterberger, Rovi 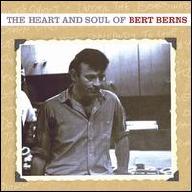 The Heart and Soul of Bert Berns
2002
Videos
Close 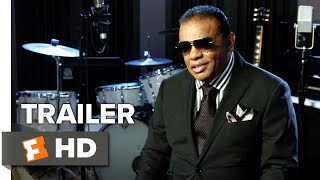 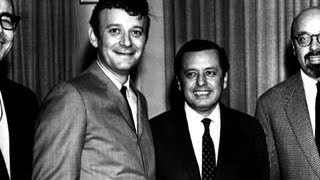 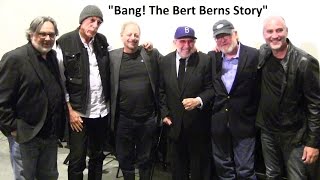 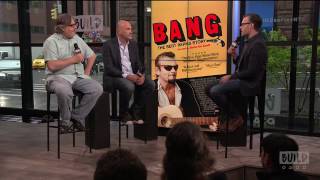 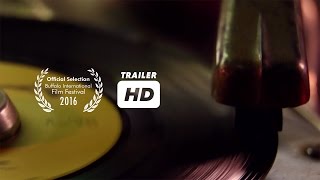 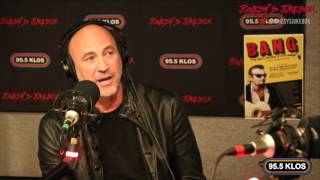 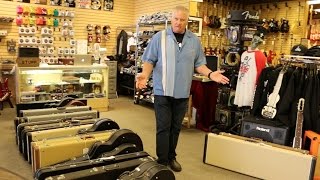