Close
Don Byron
from New York, NY
November 8, 1958 (age 63)
Biography
Known for his eclectic blend of post-bop, traditional jazz, and klezmer, clarinetist/saxophonist Don Byron is a highly regarded performer who first emerged on the New York scene in the 1980s. Following his early work with avant-gardists like David Murray, Hamiet Bluiett, and Reggie Workman, he drew praise for his own vibrantly cross-pollinated albums like 1993's Plays the Music of Mickey Katz (in which he investigated the music of the legendary Jewish clarinetist), 1996's Bug Music (an exploration of John Kirby and Raymond Scott), and 2004's Lester Young-influenced Ivey-Divey (which featured the Grammy-nominated track "I Want to Be Happy"). While Byron is most closely associated with reinterpreting older swing and klezmer styles in a modern context, he has Afro-Cuban traditions on 2001's Music for Six Musicians, old-school R&B on 2006's Do the Boomerang: The Music of Junior Walker, and gospel on 2012's Love, Peace and Soul. Along with recording albums, Byron has composed for film and television. He has also taught, serving as the director of jazz for the Brooklyn Academy of Music, and working on the faculty at Metropolitan State University of Denver, The University at Albany, and M.I.T.

Born in the Bronx in 1958, Byron grew up in a working-class family with a father who was a mailman and played bass in calypso bands, and a mother who played piano. Asthmatic in his youth, he was encouraged to play clarinet to improve his breathing. Along with trips to the ballet and symphony orchestra, Byron was exposed to jazz early on, including artists like Miles Davis, Dizzy Gillespie, Joe Henderson, and Artie Shaw. Raised in a largely Jewish neighborhood, he also developed a love of Klezmer music, especially that of clarinetist and comedian Mickey Katz. As a teenager, he studied privately with noted Juilliard educator Joe Allard. After high school, he further honed his skills at the New England Conservatory of Music in Boston, where he studied with George Russell and was a member of the Klezmer Conservatory Band with Hankus Netsky. Graduating in the early '80s, he relocated to New York City where he found work with avant-garde-leaning artists like Hamiet Bluiett, David Murray, and Reggie Workman. He also recorded as a member of Craig Harris' ensemble, appearing on Shelter in 1986.

As a leader, he debuted in 1992 with Tuskegee Experiments, an ambitious album that showcased his distinctive style of jazz combining traditional swing elements with harmonically sophisticated improvisation. Joining him were bassist Workman and pianist Joe Berkovitz, along with guitarist Bill Frisell, bassist Lonnie Plaxico, drummer Ralph Peterson, Jr., pianist Edsel Gomez, and others. The klezmer-influenced Don Byron Plays the Music of Mickey Katz arrived the following year and helped him win the Downbeat Critics Poll for clarinet. He then delved into Latin rhythms on 1995's Music for Six Musicians, backed again by pianist Gomez, as well as cornetist Graham Haynes, and returning guests Frisell, Plaxico, and Peterson.

Following a live album recorded at the Knitting Factory, Byron issued 1996's Bug Music, a tribute to the kinetic swing jazz of composers Raymond Scott, John Kirby, and Duke Ellington. He then signed with Blue Note, and issued two highly regarded efforts: 1998's Nu Blaxploitation and 1999's Romance with the Unseen. Also in 1998, he composed and performed a score for the rarely seen 1927 silent film Scar of Shame as a commission for the American Museum of the Moving Image in New York.

The classical inspired A Fine Line: Arias and Lieder, arrived on the label in 2000, followed a year later by You Are #6: More Music for Six Musicians, a follow-up to Music for Six Musicians. Also in the 2000s, Byron expanded into teaching, working concurrently on the faculty at The University at Albany and M.I.T., and later at Metropolitan State University of Denver.

In 2004, Byron paired with pianist Jason Moran, drummer Jack DeJohnette, trumpeter Ralph Alessi, and bassist Plaxico for Ivey-Divey in which he took inspiration from the 1946 trio recordings of Lester Young. Included was a rendition of "I Want to Be Happy," which earned the clarinetist his first Grammy nomination for Best Instrumental Jazz Solo. Two years later, he turned his attention to soul music with Do the Boomerang: The Music of Junior Walker. Another genre-bending album, Love, Peace, and Soul, arrived on Savoy and found Byron exploring classic gospel tunes, many written by Thomas A. Dorsey. In 2018, he paired with pianist Aruán Ortiz for Random Dances and (A)Tonalities. ~ Matt Collar, Rovi 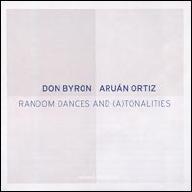 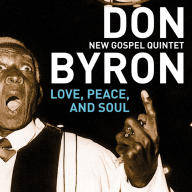 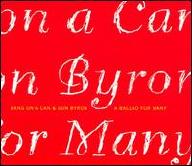 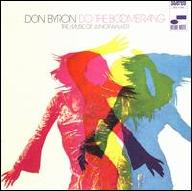 Do The Boomerang: The Music Of Junior Walker
2006 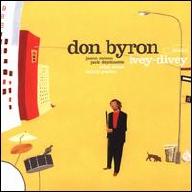 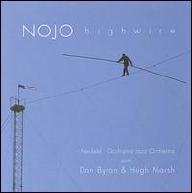 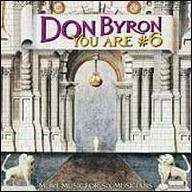 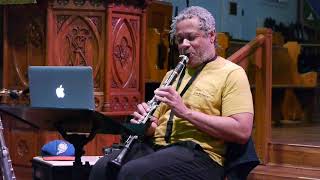 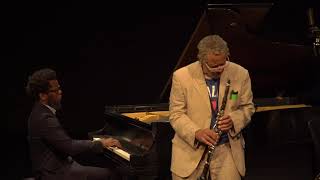 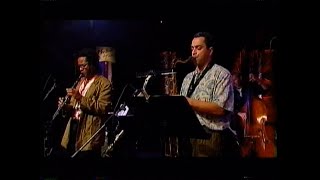 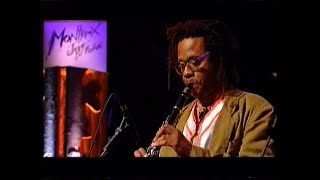 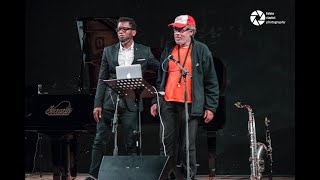 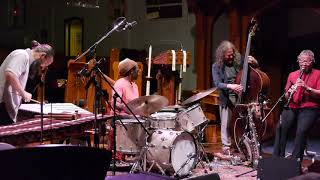 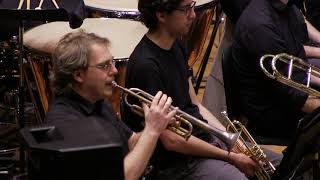