Close
Mario Pavone
from Waterbury, CT
November 11, 1940 - May 15, 2021 (age 80)
Biography
An adventurous self-taught bassist and composer, Mario Pavone spent decades living and working on the cutting edge of jazz. During the 1960s he toured Europe with Paul Bley and Annette Peacock. In the '70s, he established a reputation as a hard-driving session and live bassist possessing an immense tone and propulsive sense of time. Digit, his leader debut, appeared in 1979. In 1980, he began working with saxophonist Thomas Chapin when Pavone produced his 1981 outing The Bell of the Heart. His own Shodo followed in 1982. During the '80s, Pavone also worked extensively with Bill Dixon. In 1990 Chapin's celebrated trio featuring Pavone and drummer Steve Johns -- and later Michael Sarin -- released Third Force, the first of seven globally acclaimed studio albums issued before the saxophonist's death in 1998. In 1999 Pavone released his tribute to Chapin, Remembering Thomas. The decade also saw him tour and record three albums with Anthony Braxton including 1993's Duets. Between 2000 and 2014, he released a dozen albums under his own name for Playscape including 2001's Mythos, 2008's Trio Arc, and 2017's Chrome. Pavone worked with Dave Douglas and Craig Taborn in the 2010s and recorded two live albums with vocalist Patty Waters. The bassist battled cancer for 17 years and finally succumbed in May of 2021 at age 80. He recorded two albums during his final months, Blue Vertical and Isabella.

Born in 1940, Pavone grew up in Waterbury, Connecticut where he got a relatively late start playing the bass, picking up the instrument in the early '60s at the age of 24. He took lessons from Bertram Turetzky and, after getting his engineering degree from the University of Connecticut, began playing professionally in 1965. In 1967, Pavone attended the funeral of John Coltrane and decided to give up engineering for music permanently, playing with pianist Paul Bley that year and into 1968.

On the New York loft scene, Pavone made music with trumpeter Bill Dixon (with whom he often performed in succeeding decades) Archie Shepp, and Paul Bley, on whose trio LP, Canada, he played on in 1968. He also appeared on 1971's Dual Unity billed to Annette Peacock and Bley.

Pavone started his own Alarca label during the '70s and made his leader debut with Digit in 1979, followed by Shodo two years later. In between, the bassist met saxophonist/flutist Thomas Chapin, establishing a working relationship that would last until the end of Chapin's life. Their first recorded collaboration, The Bell of the Heart, was performed by a large band and produced by Pavone; it appeared under the saxophonist's name for Alarca in 1981.

Pavone discovered an array of innovative musicians based in his native Connecticut. They included Ray Anderson, percussionist Pheeroan Ak Laff, drummer Gerry Hemingway, pianist Anthony Davis, bassist Mark Helias, trumpeter Wadada Leo Smith, and more. Pavone along with several of these musicians created the Creative Musicians' Improviser's Forum, a sort of Connecticut version of Chicago's AACM. They released The Sky Cries the Blues in 1982. The '80s also saw Pavone recording and touring frequently with Dixon for the Soul Note label; he played on November 1981 and Thoughts in 1988, the same year the bassist released his final Alarca date, Sharpeville.

Pavone's crucial role in the Thomas Chapin Trio alongside the saxist and drummer Steve Johns (who left and was replace by Michael Sarin), began in earnest with a series of gigs at several Downtown New York venues including the Knitting Factory. In 1990 they released Third Force on the venue's newly minted Knitting Factory label and won acclaim from American, European, and Japanese jazz critics. They followed with 1992's Anima that featured new drummer Michael Sarin, who replaced Johns on half the set's tracks and became a permanent member when they began touring outside the U.S. The trio recorded a one-off gig at the Knitting Factory with two trombonists, two trumpeters, and a tuba player for 1993's live Insomnia. 1994's Menagerie Dreams is widely regarded as a vanguard jazz classic. It featured guest spots from John Zorn and Vernon Frazer and included tunes by Duke Ellington and Billy Strayhorn as well Pavone's iconic Charles Mingus tribute "Foxwoods Stomp" among Chapin's originals. The group workshopped with strings in late 1995, and in 1996 issued Haywire with a string trio. During this time, Chapin also played in Pavone's groups and appeared on the bassist's Toulon Days in 1992 and 1994's Song for (Septet) -- both on New World Records.

Despite the intense recording and touring activity with Chapin during the 1990s, Pavone found time to lead dates and record with Anthony Braxton (who played piano during their interactions), issuing Duets in 1993, Seven Standards 1995, and Six Standards (Quintet) 1996.

In early 1997, after releasing the studio album Skyline, the Chapin trio toured overseas. In Africa, the saxophonist fell gravely ill; upon returning to New York he was diagnosed with leukemia. He continued to record and perform (he managed to play on Pavone's Dancer's Tales in 1997) until 12 days before his death in February 1998 at age 40.

In 1999, Pavone paid-tribute to Chapin with Remembering Thomas, leading a tight trio date with Peter Madsen, and drummer Matt Wilson.

Pavone's next collaborative partner was guitarist Michael Musillami. They released a series of albums together on Playscape beginning with 2000's Op-Ed followed by Motion Poetry in 2001 and Pivot in 2002. Between and after those last two recordings, Pavone cut a series of quintet and quartet offerings for the label that included trumpeter Steven Bernstein, saxophonist Tony Malaby, and pianist Madsen (drummers shifted on every release and included Gerald Cleaver). For 2006's Deez to Blues, the lineup shifted somewhat to include Bernstein, violinist Charles Burnham, Howard Johnson on tuba and reeds, and Sarin on drums. 2008 saw Pavone and Bley reunite for the first time in 35 years on Trio Arc -- with Wilson on drums. It also marked the 40th anniversary of the bassist's first appearance with the pianist on Canada. The following year, Ancestors marked the debut of the Mario Pavone Double Tenor Quintet with Malaby and Jimmy Greene on saxophones. Madsen played piano and Cleaver held down the drum chair. That group expanded to a sextet on the following year's Arc Suite T/Pi T/Po with Dave Ballou on trumpet and cornet (Bernstein guested on slide trumpet on a single track). Pavone spent two years touring with various ensembles as a leader and as a sideman. In 2013, he issued the live debut Arc Trio with Cleaver and pianist Craig Taborn.

For 2014's Street Songs, the bassist employed his first quintet with two bassists -- adding Carl Testa. Recorded at Firehouse 12 Recording Studio in New Haven, Connecticut, the album was inspired by Pavone's early memories of "stoop music" heard growing up in the multicultural melting pot of Waterbury, Connecticut. In wanting to pay tribute to the street music that influenced him early on, he also enlisted Adam Matlock on accordion -- another first.

After nine straight recordings for Playscape, the bassist issued his next two albums for Clean Feed, including 2015's Blue Dialect, which debuted his Dialect Trio with Tyshawn Sorey and Matt Mitchell. Vertical arrived in 2017 and saw Pavone joined by Malaby, Sarin, and Ballou, as well as clarinetist Oscar Noriega and trombonist Peter McEachern. Also that year, he returned to his work with his Dialect Trio for the album Chrome. Pavone's third Dialect Trio effort, Philosophy, arrived on Clean Feed in 2019. During this period he toured with vocalist Patty Waters and issued Live for Blank Forms in 2019, followed by An Evening in Houston on Clean Feed in 2020.

Pavone was diagnosed with carcinoid cancer in 2004. He fought it valiantly for 17 years, but it began to get the better of him by late 2020. In his final months he made two recordings, performing the same six compositions with two different quartets. In February of 2020, he recorded with son Michael Pavone on guitar, saxophonist Mike DiRubbo, and Sarin on drums for Isabella, issued by Clean Feed. The second and final recording, titled Blue Vertical on Out of Your Head, featured pianist Matt Mitchell, drummer Tyshawn Sorey, and trumpeter Dave Ballou. Pavone died in Madeira Beach, Florida on May 15, 2021. He was 80 years old. ~ Thom Jurek & Joslyn Layne, Rovi 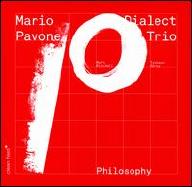 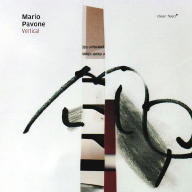 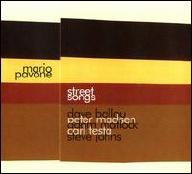 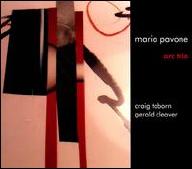 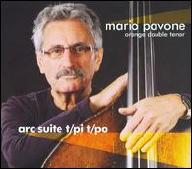 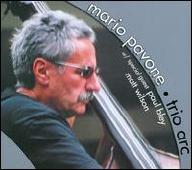 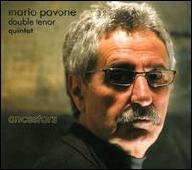 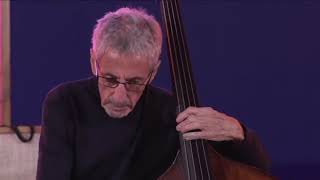 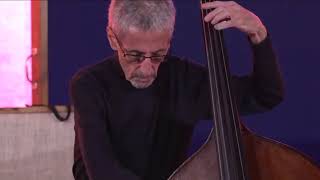 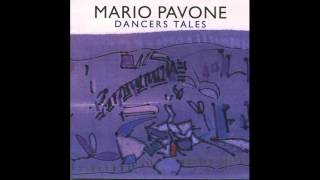 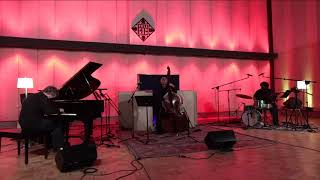 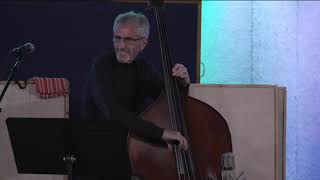 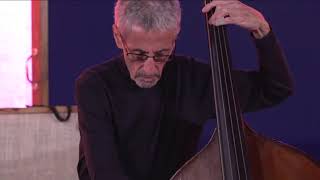 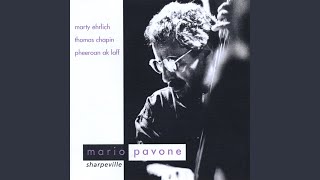