Close
Keyon Harrold
from Ferguson, MO
January 1, 1980 (age 42)
Biography
New York City-based trumpeter, composer, arranger, and producer Keyon Harrold is a talented jazz artist whose adept skills have found him working across various genres from acoustic post-bop to hip-hop and R&B. Born in 1980 in Ferguson, Missouri, Harrold grew up in a musical family along with nine siblings. Initially, he learned to play trumpet as a member of the Memorial Lancers Drum & Bugle Corps, a band founded by his grandfather, who was a police officer. A disciplined musician from an early age, Harrold would practice regularly, sometimes during his school lunch hour, and by the time he finished high school he was an accomplished performer. From there, he honed his skills studying at the Mannes Jazz Program at New York's New School.

Since graduating, he has balanced his time between recording and touring with jazz artists like trumpeter (and longtime mentor) Charles Tolliver, saxophonist James Carter, and veteran organ giant Dr. Lonnie Smith, as well as R&B and hip-hop artists like Common, Jay-Z, Erykah Badu, and others. As a solo artist, he debuted in 2009 with Introducing Keyon Harrold on Criss Cross, which featured contributions from Tolliver, pianist Danny Grissett, and others. He then appeared on albums by Gregory Porter, Marcus Strickland, and Otis Brown III, and toured as a member of Cirque du Soleil's Michael Jackson: The Immortal World Tour. He also supplied all of the trumpet work for the Grammy-winning soundtrack to director Don Cheadle's 2015 biopic Miles Ahead.

In 2017, Harrold returned to his solo work with his sophomore album, The Mugician, on Legacy Recordings. An ambitious mix of orchestral arrangements, funk, jazz, and hip-hop, the album featured guest appearances by Robert Glasper, Bilal, Big K.R.I.T., Pharoahe Monch, Gary Clark, Jr., and others. Also that year, he headlined his own dates with guitarist Nir Felder and joined DJ Logic's Project Logic ensemble at the Newport Jazz Festival. ~ Matt Collar, Rovi 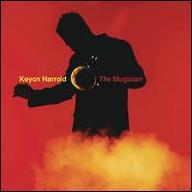 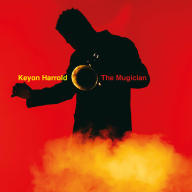 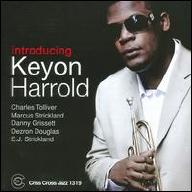 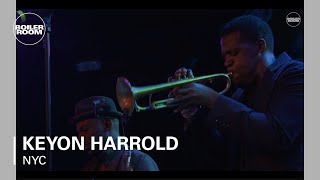 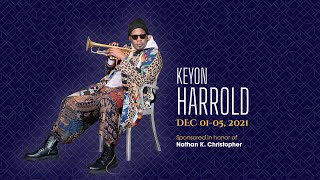 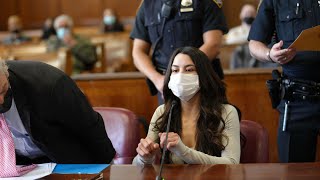 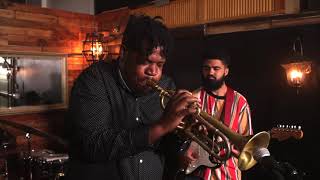 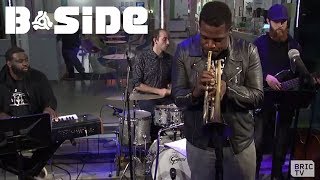 'The Mugician' by Keyon Harrold | B Side 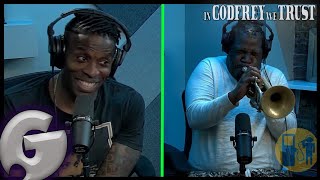 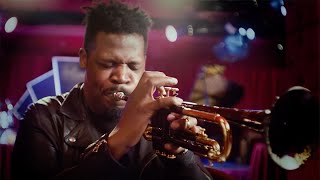