Close
Romero Lubambo
from Rio De Janiero, Brazil
September 28, 1955 (age 66)
Biography
Brazil's Romero Lubambo is an acclaimed guitarist known for a highly individual approach in melding jazz and classical with Brazilian and Latin folk and pop traditions. This approach has made him a sought-after accompanist for female vocalists including Astrud Gilberto, Dianne Reeves, and Luciana Souza. His fluid fingerpicking style is rich in rhythmic invention and colorful, wide-ranging harmonies that emerge from an idiosyncratic yet lush sense of chromaticism. After emigrating to the U.S. in 1985 he established himself as a first-call sideman with Herbie Mann, Paquito D'Rivera, and Emily Remler. From 1990 to 1997, he issued a series of co-leader dates including 1993's Infinite Love with Gil Goldstein. In 2000 he released the solo recital Lubambo on Avant. 2002's collaborative Rio De Janeiro Underground featured the guitarist alongside Mann and Ivan Lins. 2014's Só: Brazilian Essence offered a solo recital of Brazilian standards. 2017's Dos Navegantes and 2019's Quase Memória showcased him in a trio with singer/songwriter Edu Lobo, and flutist/saxophonist Mauro Senise. In 2021, Lubambo issued Live at Dizzy's, a collaboration with the Rafael Piccolotto Chamber Orchestra.?

Born in Rio de Janeiro in 1955, Lubambo was first introduced to jazz and classical music by his guitarist uncle. He initially started out on piano, but eventually adopted the guitar as his main instrument around age 13. During the '70s he honed his skills studying at Villa-Lobos School of Music, but also earned a degree in engineering. In 1985 Lubambo relocated to the United States, where he worked with legendary vocalist Astrud Gilberto and formed a lasting partnership with flutist Herbie Mann. Since moving to the U.S., Lubambo has toured and or/recorded with a long and enviable list of artists, including Claudia Acuña, Gato Barbieri, Michael Brecker, Regina Carter, Dave Douglas, Paquito D'Rivera, Diana Krall, Wynton Marsalis, Pat Metheny, Flora Purim, Airto Moreira, and many others.

As a leader, Lubambo is quite prolific, having debuted in the '90s with a handful of collaborations, including 1990's Autonomia with harmonica player Rildo Hora, 1993's Face to Face with pianist Weber Drummond, and 1994's Coisa Fina with vocalist Leny Andrade, among others. He also recorded several albums with his Trio da Paz featuring bassist Nilson Matta and drummer Duduka Da Fonseca, including 1992's Brazil from the Inside and 1994's Black Orpheus. He topped off the decade with a superb live solo album, 1999's Lubambo.

He stayed active during the early 2000s, releasing a handful of well-received efforts including 2002's Duo with César Camargo Mariano and 2003's Rio de Janeiro Underground. In 2005 he returned to Trio da Paz for Somewhere. A year later he paired with longtime associate flutist Mann for Softly. He then delivered the romantic Love Dance in 2007, followed by the Trio da Paz concert album Live at JazzBaltica in 2008. In 2011 he joined trumpeter Claudio Roditi for Bons Amigos, followed in 2014 by his Sunnyside debut, Só: Brazilian Essence, a collection of Brazilian standards and originals played solo. A year later he delivered Setembro: A Brazilian Under the Jazz Influence for the label. Lubambo collaborated with guitarist, composer, and singer Edú Lobo and saxophonist Mauro Senise on a pair of trio albums for Brazil's Biscoito Fino label, 2017's Dos Navegantes and 2019's Quase Memória were both warmly received by critics across the globe. In between, the guitarist and Maucha Adnet served as co-featured guests with the Jovino Santos Neto Quinteto on Por Causa de Voce for Adventure Music. 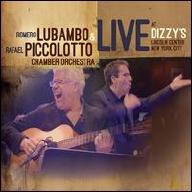 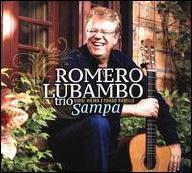 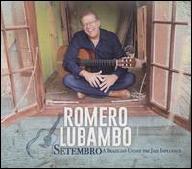 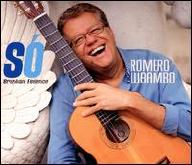 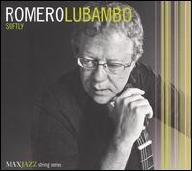 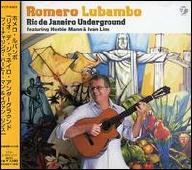 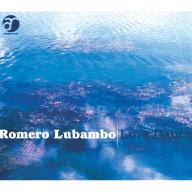 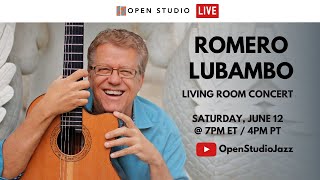 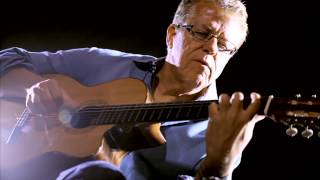 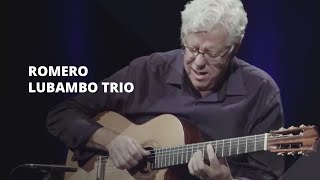 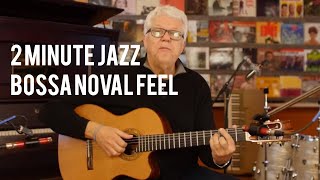 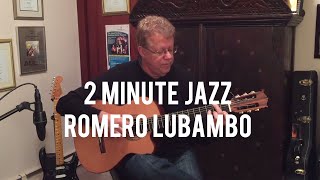 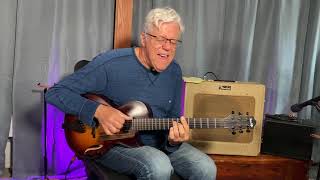 Romero Lubambo and his Andy 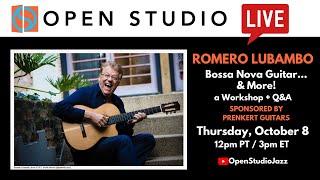