Close
Dave Douglas
from Montclair, NJ
March 24, 1963 (age 59)
Biography
Dave Douglas is among the most original trumpeters and composers of his generation. His stylistic range is broad yet unaffected, his music reflects a personal aesthetic with a panoply of interests, and he explicitly cites such diverse influences as Igor Stravinsky, Stevie Wonder, and John Coltrane (among many others). As a composer, Douglas adapts and synthesizes unusual forms, and creates his own out of disparate elements, an approach exemplified by 1995's Constellation with his Tiny Bell Trio. As a trumpeter, he possesses a comprehensive jazz technique; one hears the ghost of Lester Bowie in Douglas' expressive manipulations of timbre and pitch, not only on his own recordings, but as a sideman in John Zorn's Masada band. Douglas' early 21st-century chamber group Charms of the Night Sky offers another view of his conceptual and textural studies in timbre, texture, and dynamics. Since founding the Greenleaf label in 2005, Douglas has recorded almost exclusively for the label. His albums on Greenleaf have continued to showcase his wide-ranging taste, including recording with Uri Caine on 2006's Meaning and Mystery, working with his Brass Ecstasy ensemble for 2009's Spirit Moves, and collaborating with electronic musician Shigeto on 2015's High Risk. He has also toured and recorded with saxophonist Joe Lovano in their co-led ensemble Sound Prints, issuing albums like 2015's Wayne Shorter-inspired Sound Prints: Live at Monterey Jazz Festival and 2021's Other Worlds.

Born in 1963 in Montclair, New Jersey, Douglas grew up in the New York City area. He started playing piano at the age of five, and trombone at seven before discovering the trumpet at nine. He learned jazz harmony in high school and began playing improvised music as an exchange student in Barcelona, Spain. From 1981 to 1983 he studied in Boston, first at the Berklee School of Music, then the New England Conservatory. He moved to New York City in 1984, where he attended New York University and studied with Carmine Caruso. In 1987, he toured Europe with Horace Silver. The early '90s saw Douglas begin to record in earnest; he led or co-led dates for the Hat Art, Soul Note, New World, and Arabesque labels. His various bands included the Tiny Bell Trio, a self-described "jazz-Balkan-improv" group with drummer Jim Black and guitarist Brad Shepik (who used the surname Schoeppach at the time); his String Group, which included violinist Mark Feldman, cellist Erik Friedlander, bassist Mark Dresser, and drummer Michael Sarin; and his Quartet and Sextet, which included drummer Joey Baron. Also busy as a sideman, he could be heard during this period on recordings by Patricia Barber, Myra Melford, Anthony Braxton, and John Zorn (particularly the latter's original Masada quartet), among others, and the trumpeter continued such collaborations until the end of the new millennium's first decade.

Douglas began recording for RCA in 2000 with a tribute to jazz pianist Mary Williams titled Soul on Soul, a Down Beat Album of the Year award-winner that markedly enhanced the trumpeter's profile on the jazz scene. That same year A Thousand Evenings, featuring accordionist Guy Klucevsek, was released, followed by El Trilogy and Witness in 2001. It was with Witness that Douglas began to broaden his already eclectic scope, incorporating electronic-savvy improvisers like Jamie Saft and Ikue Mori, as he had first begun to investigate with the samplers of Anthony Coleman and Yuka Honda on 1997's Sanctuary. His next album, The Infinite, featured a more familiar sound but had surprising covers of songs by Rufus Wainwright and Björk. Freak In, a more electronic-oriented effort, was released in 2003.

Douglas began his own Greenleaf Music label in 2003 and introduced it with the Mountain Passages album, released in early 2005 by a new aggregation, Dave Douglas Nomad. Next came yet another new ensemble for the trumpeter, Keystone, which released an eponymous CD/DVD tribute to Fatty Arbuckle produced by Douglas and David Torn, also in 2005. The Dave Douglas Quintet (featuring an electrified Uri Caine on Fender Rhodes) releases Meaning and Mystery and Live at the Jazz Standard arrived in 2006 and 2007, followed by the Keystone group's Moonshine in 2008. In 2009, Douglas returned with Spirit Moves by his latest grouping, the brass ensemble Brass Ecstasy.

In 2010, he collaborated with experimental filmmaker Bill Morrison to reinterpret the film Frankenstein for its 100th anniversary. Morrison recontextualized the film using new, archival, and distressed footage, while Douglas wrote an original score. The project was entitled Spark of Being. In addition to a soundtrack of the same name, Douglas and his Keystone group recorded two more albums and created a box set, though the titles were available individually as well. Spark of Being: Expand was released in August of 2010, and featured the band playing extended but "straight" versions of the cues used in the soundtrack. The final volume, Spark of Being: Burst, included themes recorded during the original soundtrack sessions, but were never used in the film. It followed in September of that year.

In 2011, Douglas issued three "EPs" on Greenleaf Music: the first, entitled Rare Metals, showcased five tunes by Brass Ecstasy; the second, Orange Afternoons, showcased a quintet with Ravi Coltrane, Vijay Iyer, Linda Oh, and Marcus Gilmore. The final disc, Bad Mango, featured Douglas performing with So Percussion. The three titles were originally issued only as digital downloads, but were assembled for a physical CD release in box form in November. In 2012, Douglas released a new quintet offering entitled Be Still. The album was a collection of new tunes and hymns that featured vocalist Aoife O'Donovan along with the group's lineup of saxophonist Jon Irabagon, pianist Matt Mitchell, bassist Linda Oh, and drummer Rudy Royston. A year later, Douglas returned with the same quintet, minus O'Donovan, for the album Time Travel. In 2014, Douglas paired with Caine for Present Joys, a duo album inspired by Sacred Harp vocal music.

The year 2015 proved busy for Douglas, who first joined saxophonist Joe Lovano for the Wayne Shorter-inspired quintet album Sound Prints: Live at Monterey Jazz Festival. Later, he collaborated with electronic musician Shigeto on the electro-acoustic album High Risk, and released the quintet album Brazen Heart. Douglas then finished out the year with another collaboration, Fabliaux, featuring the Monash Art Ensemble. In May of 2016, he was presented with a Doris Duke Artist Award. Also that year, Douglas released Dark Territory, his second album featuring his High Risk ensemble with Shigeto, bassist Jonathan Maron, and drummer Mark Guiliana. In 2017, Douglas paired with adventurous brass quartet the Westerlies and drummer Anwar Marshall for Little Giant Still Life, which featured songs inspired by the work of modernist painter Stuart Davis. He then reunited with his Sound Prints partner Lovano for the group's second album and first studio recording Scandal. 2019's Devotion saw Douglas playing in a trio with pianist Uri Caine and drummer Andrew Cyrille.

Two years earlier, Douglas formed Dizzy Atmosphere, a band initially comprised of revolving personnel as a one-of-a-kind tribute to Dizzy Gillespie, with Gillespie's repertoire employed as the jumping-off point for improvisation and exploration. Douglas eventually fashioned the group into a semi-fixed entity for recording, with himself and Dave Adewumi on trumpets, Fabian Almazan on piano, Matthew Stevens on guitar, Carmen Rothwell on bass and Baron on drums. Their debut, Dizzy Atmosphere: Dizzy Gillespie at Zero Gravity, was issued during the spring of 2020. The following year, Douglas was back together with saxophonist Lovano for Sound Prints' third album, Other Worlds, which found them playing all-original compositions. ~ Chris Kelsey, Rovi 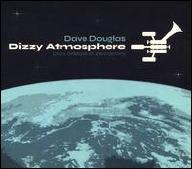 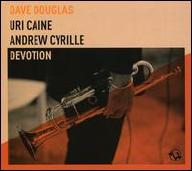 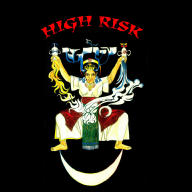 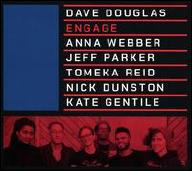 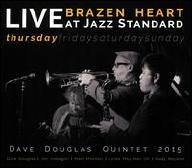 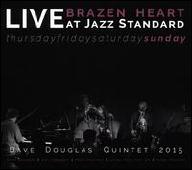 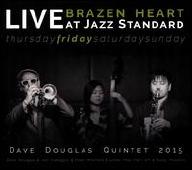 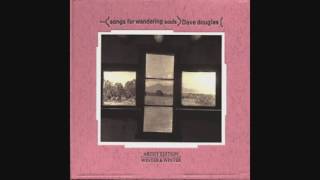 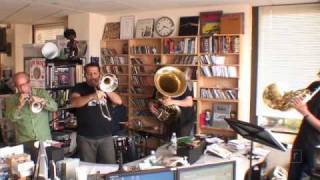 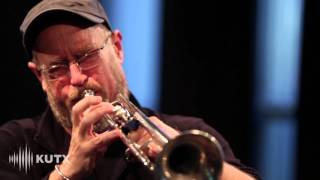 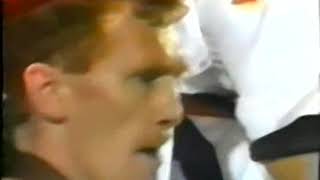 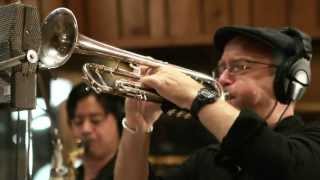