Close
Georgia Anne Muldrow
from Los Angeles, CA
January 1, 1983 (age 39)
Biography
Potent and assured enough for political protests and filled with enough bright energy to soundtrack double-dutch competitions, the music of Georgia Anne Muldrow erases the boundaries between progressive soul, organic hip-hop, and avant-garde jazz. Part of a richly musical bloodline, Muldrow made her recorded debut in 2004 and became the first woman signed to the revered Stones Throw label, releasing her expansive first album, Olesi: Fragments of an Earth, two years later. By then, she was an integral player in Los Angeles' thriving underground scene of beatmakers, instrumentalists, singers, rappers, songwriters, and label operators. She has filled all of those roles with varied solo albums such as Umsindo (2009), Seeds (2012), and the Grammy-nominated Overload (2018), as well as the Vweto series (2011 to 2021). A keen collaborator, Muldrow has recorded a large volume of output with husband Dudley Perkins, including releases on their independent outlet SomeOthaShip, and has been featured on recordings by the likes of Sa-Ra, Erykah Badu, and Robert Glasper.

Born and raised in Los Angeles, California, Georgia Anne Muldrow grew up immersed in music, most prominently avant-garde jazz. Her mother, vocalist and spiritual teacher Rickie Byars-Beckwith, has performed with musicians such as Pharoah Sanders and Roland Hanna, and co-founded the long-running Sound of Agape. Father Ronald Muldrow was a guitarist and composer who worked closely with Eddie Harris and released a handful of his own albums, including two for the Enja label. After high school, Georgia studied music at The New School in New York, where she crossed paths with the likes of Robert Glasper and Bilal, though she returned to the West Coast after the September 11, 2001 attacks during which she was riding the N.Y.C. subway beneath the World Trade Center.

Muldrow was barely out of her teens when she became an integral player in L.A.'s thriving underground scene of beatmakers, instrumentalists, singers, rappers, songwriters, and label operators. Within a few years, she was filling each one of those roles. Muldrow made herself known in 2004, the year she self-produced and self-released her debut, the Worthnothings EP, and co-wrote and fronted Platinum Pied Pipers' "Your Day Is Done." Her first of many productions for other artists came through Dwight Trible the Life Force Trio's "Rise," a 2005 track she also wrote. Soon thereafter, she became the first woman signed to Peanut Butter Wolf's Stones Throw label. In April 2006, the label reissued Worthnothings and featured Muldrow on Expressions (2012 A.U.) by Dudley Perkins, with whom their new signee formed a lasting artistic and personal bond. This was also the same month Muldrow appeared on Sa-Ra's version of Radiohead's "In Limbo." Four months later, Muldrow made her proper Stones Throw debut with her first full-length, Olesi: Fragments of an Earth, an off-center fusion of hip-hop, soul, funk, and jazz with very few of its 21 tracks traditionally structured. Another recording featuring Muldrow and Perkins that year was an EP by Eric Lau.

Due to a prolific rate of output and a multitude of outlets, tracking Muldrow's moves since then has not been easy. In 2007, Muldrow was behind Pattie Blingh the Akebulan 5's Sagala (Ramp Recordings), which featured Perkins and another close associate, Eagle Nebula. Billed as Dudley & Georgia, she and Perkins split duties for the mixtape Beautiful Mindz (Eclectic Breaks), and as GD released The Message Uni Versa (Look Records). Featured appearances across 2007 and 2008 were made on her mother's Supreme Inspiration and Erykah Badu's landmark New Amerykah, Pt. 1: 4th World War. The latter contained "Master Teacher," co-written and co-produced by Muldrow and Sa-Ra's Shafiq Husayn with both also featured as vocalists. The song helped popularize the African-American Vernacular English phrase "Stay woke." Muldrow and Perkins closed out the decade by producing and releasing Eagle Nebula's Cosmic Headphones and establishing another independent label, SomeOthaShip, introduced with the Connect Game compilation EP with help from Mello Music Group and a contribution by Flying Lotus. Muldrow handled the entirety of the production on three of SomeOthaShip's first albums, all released in 2009: the compilation Ms. One (a showcase for the likes of Perkins, Eagle Nebula, Jimetta Rose, Stacy Epps, and Black Milk), second proper solo album Umsindo, and Perkins' Holy Smokes. Featuring a solo version of "Roses," heard first on Mos Def's The Ecstatic, Umsindo presented an indivisible mix of progressive soul, experimental jazz, and organic hip-hop. At the tail end of the year, Animated Cartunes assembled some previously unreleased Muldrow material for Early.

Muldrow started 2010 with an album for Ubiquity, Kings Ballad, a relatively direct set with the title track a tribute to Michael Jackson. Within weeks, an album-length version of the SomeOthaShip compilation was out on Mello Music Group. A few months later, Muldrow debuted her electronic avant-jazz alias Jyoti -- a name given to her by family friend Alice Coltrane -- with Ocotea, via SomeOthaShip. In 2011, she released the instrumental set Vweto on Mello and the Bilal-enhanced Owed to Mama Rickie on Animated Cartunes, and with Perkins worked on Suzi Analogue's "The Program." The tables turned briefly with Muldrow's 2012 album Seeds, its high-viscosity beats provided exclusively by former Stones Throw labelmate Madlib. Muldrow also connected in 2012 with the Lootpack's DJ Romes for a self-titled old-school/electro hybrid session as the Blackhouse, and remixed Robert Glasper's "The Consequences of Jealousy" for the Black Radio Recovered EP. A second Jyoti album, Denderah, and another Muldrow/Perkins collaboration, Lighthouse, arrived in 2013. After the SomeOthaShip beat tape Oligarchy Sucks and a Tall Black Guy/Black Opera summit in 2014, Muldrow returned to Mello Music Group with the 2015 LP A Thoughtiverse Unmarred, classified by the artist as her first rap LP, produced by Chris Keys.

Between full-length solo projects, Muldrow appeared on recordings by the likes Glasper, Nosizwe, Blood Orange, and Dabrye, and continued to co-pilot SomeOthaShip all the while. Overload, recorded for Flying Lotus' Brainfeeder label, landed in 2018 with a varied and generous set of R&B songs promoting gratitude, divine love, and self-defense. The next year, Muldrow issued Vweto II (another instrumentals set for Mello Music Group), teamed with Perkins for Black Love War (the third GD LP), and earned a Grammy nomination for Overload, which was up for Best Urban Contemporary Album. Muldrow remained prolific in 2020 and 2021. Third Jyoti LP Mama, You Can Bet! was trailed by the predominantly instrumental Vweto III, issued through her Epistrophik Peach label and Foreseen Entertainment. Among the many artists who benefited from Muldrow's featured appearances during the late 2010s and early 2020s were Adrian Younge, Joe Armon-Jones, and Sons of the James. ~ Andy Kellman, Rovi 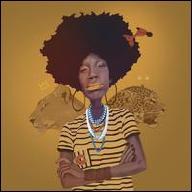 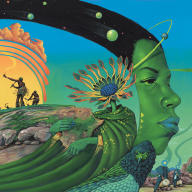 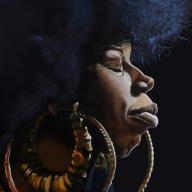 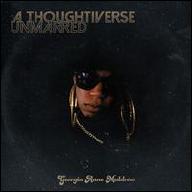 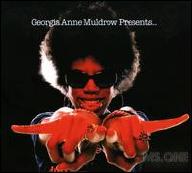 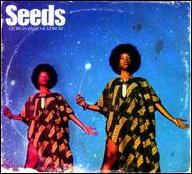 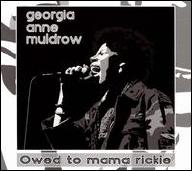 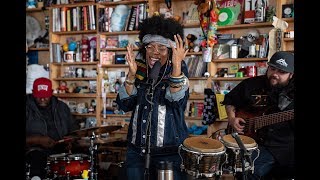 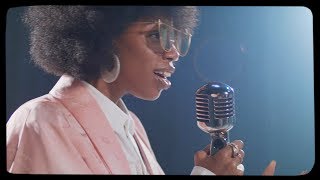 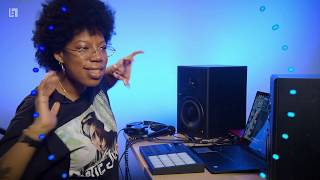 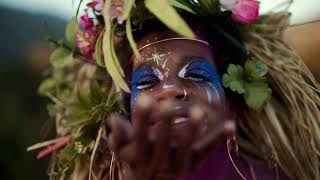 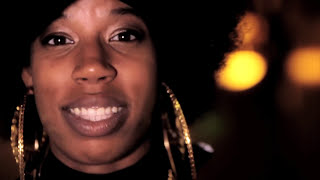 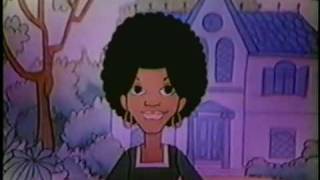 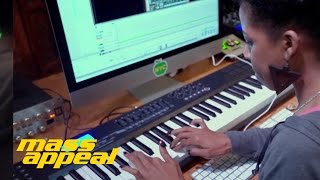