Close
Donald "Duck" Dunn
from Memphis, TN
November 24, 1941 - May 13, 2012 (age 70)
Biography
As the bassist for Booker T. the MG's, Donald Duck Dunn became, like James Jamerson at Motown, the man who provided a groove for an entire generation to dance to. In Dunn's case it was the legendary Memphis record label Stax/Volt, where he laid down basslines for soul stars such as Otis Redding, Wilson Pickett, and Albert King, helping to create one of the largest bodies of soul and R&B music that exists.

A native of Memphis, Dunn attended Messick High School along with fellow eventual Stax employees Steve Cropper and Don Nix. As teenagers, the three became entranced by the rhythm & blues music being played in the black night clubs of West Memphis. And, after gigging as the Royal Spades, Dunn, Cropper, and Nix, along with horn players Packy Axton and Wayne Jackson, drummer Terry Johnson, and pianist Jerry Lee Smoochie Smith, changed their name to the Mar-Keys and began playing the roadhouses and nightclubs around Memphis.

The group became a popular draw on the local club circuit and scored a 1961 hit with the bluesy instrumental "Last Night," released on Axton's mother's label Satellite. For the next three years Dunn toured with the band, playing teen dances and nightclubs around the country. But, after several unsuccessful attempts to repeat the success of "Last Night," the Mar-Keys fizzled. Dunn returned to Memphis and continued his music career, working with his brother at the King Records distributorship and replacing bassist Lewis Steinberg (and rejoining Cropper) as a member of the Stax house band Booker T. the MG's. At his best when collaborating, it was at Stax (formerly Satellite) where Dunn, along with fellow MG's Cropper (guitar), Booker T. Jones (organ), and Al Jackson, Jr. (drums), grew into a key member of one of the most respected rhythm sections in music. Backing a slew of Stax artists such as Rufus & Carla Thomas, William Bell, and Eddie Floyd, as well as recording hits like "Green Onions" in their own right, the MG's were able to adjust to each performer's style separately, yet still retain their own unique sound. At the 1967 Monterey Pop Festival, the group backed Otis Redding and, together, they stole the show with their tight arrangements and superb musicianship.

Throughout the industry and among musicians and fans, the Stax sound gained a reputation for its heavy "bottom," and Dunn's deep, moving basslines were an integral part of that sonic makeup. Playing a key role creatively as both a backing musician for Stax labelmates and as a recording artist with the MG's, Dunn eventually became a staff producer and part owner of the label's publishing.

Dunn remained loyal to the label into the mid-'70s, long after many other original Stax artists like Steve Cropper and Isaac Hayes had left. And when Stax finally folded, Dunn used his recording experience, which often included providing basslines and arrangements for artists on the spot, to become an in-demand session player and producer. Throughout the '70s and '80s he appeared on albums by such luminaries as Roy Buchanan, Bob Dylan, Rod Stewart, and Muddy Waters, becoming one of the industry's preeminent bass players. (His most high-profile role came in 1980, when he joined Cropper and others as the backing band for Dan Aykroyd and John Belushi's Blues Brothers.)

In the early '90s, the MG's reunited to back Neil Young on his American tour and released a new album the same year. Dunn remained in the public eye as a member of the Blues Brothers Band alongside his longtime friend Steve Cropper. The two appeared in the 1998 movie Blues Brothers 2000. Dunn's activities slowed down after the turn of the millennium, but he performed and toured worldwide on an intermittent basis, including occasional appearances with Booker T. the MG's. He had been touring with Cropper and Eddie Floyd in Japan during May 2012 when he died in his sleep in a Tokyo hotel on the eve of his return to the United States; Donald Duck Dunn was 70 years old. ~ Steve Kurutz, Rovi 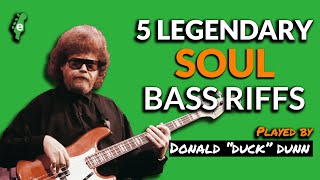 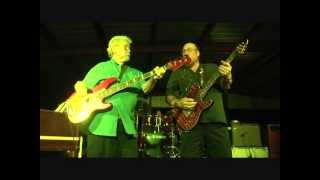 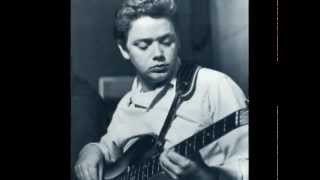 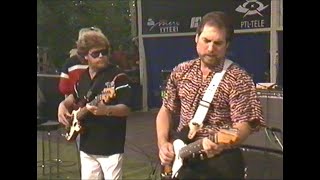 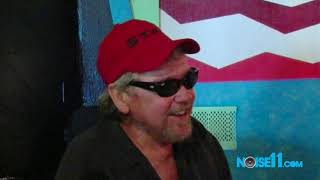 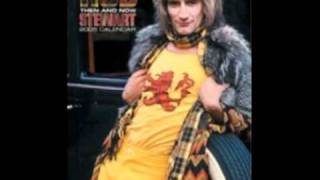 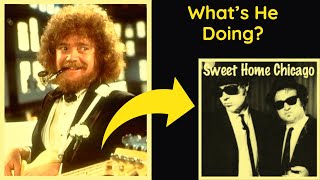