Close
Cliff Williams
from Romford, Essex, England
December 14, 1949 (age 72)
Biography
The consummate sideman, Cliff Williams has held down the bassist post in hard rock greats AC/DC for several decades, and yet he's always maintained an incredibly low profile, rarely speaking publicly and happily shunning the spotlight, for the most part.

Williams was born on December 14, 1949, in the London suburb of Romford, but when his family relocated to Liverpool in 1961, the pre-teen Williams was exposed to the Merseybeat movement head on, and soon decided to chart a course in music himself. By age 13, Williams was already playing bass in local bands, and by 16, he had dropped out of school altogether, working as an engineer by day to support his nighttime gigs. He decided to turn pro in 1967 and moved back to London in search of work. There, he became acquainted with guitarist Laurie Wisefield during a brief spell with a band named Sugar, but the duo found their real first taste of success after joining forces with singer/guitarist Mick Stubbs, keyboardist Clive John, and drummer Mick Cook (later of the Groundhogs) in a new progressive rock band named, in oddly Spartan fashion, Home. The group would eventually score a deal with CBS Records and release three albums that fared pretty poorly: 1971's Pause for a Hoarse Horse, 1972's Home (introducing new keyboard player Clive John), and 1973's The Alchemist. Their only hit single, Dreamer, from the Home LP, made it no farther than number 41 in the U.K. charts, despite numerous lucky breaks that saw the group supporting everyone from the Jeff Beck Group and Mott the Hoople to the Faces and Led Zeppelin. By 1974, Home's career was on the skids and its members so desperate for work that they accepted an invitation to back British folk singer/songwriter Al Stewart on his next American tour, prompting the exit of singer Stubbs, and a final, complete disintegration shortly thereafter. Williams' next move was to hook up with singer Jim Diamond, guitarist Danny McIntosh, keyboardist James Litherland, and drummer Graham Broad in the short-lived Bandit, whose eponymous debut album emerged through Arista in 1976, but elicited minimal public interest, and seemingly brought the bass player's career to another dead end. But Williams' luck was about to change big time.

In the summer of 1977, fast-rising Australian hard rock band AC/DC, then primarily based in London, dismissed bassist Mark Evans and began holding open auditions. The Young brothers were looking for a more experienced player to fill the role in the band, and Williams, tipped off to the opening by friend James Litherland (guitarist with jazz-rockers Colosseum), met all of the band's requirements with flying colors, and with barely a second glance from fans, given his nondescript position astride the drum riser. After touring with the group in support of the already recorded Let There Be Rock album, Williams would make his recording debut on 1978's Powerage (or portions of it, since a delayed work visa allegedly kept him out of Australia long enough for producer George Young to handle some of the workload), and his basic but reliable basslines meshed perfectly with drummer Phil Rudd's similarly obsessive simplicity. In fact, although he would take on increasing background vocal duties in years to come (his choreographed strides to stage front in order to sing choruses alongside rhythm guitarist Malcolm Young would soon become a staple of AC/DC's concerts), Williams himself has openly admitted to playing much the same thing for any given AC/DC song. But that ethos has clearly served him well over the ensuing decades of touring and recording such classic, multi-platinum-selling albums as Highway to Hell, Back in Black, For Those About to Rock, and The Razor's Edge.

Throughout his now 30-plus-year association with AC/DC, Williams has only stepped out to pursue other projects on extremely rare occasions, while generally retaining his press-shy philosophy. Among other things, he has lent his bass playing to a 1984 Adam Bomb single called I Want My Heavy Metal, a 2002 album by Emir Frozen Camels, a hurricane relief effort performance or two alongside AC/DC singer (and fellow Florida resident) Brian Johnson, and follow-up charity recordings in 2007 with a group featuring Johnson, guitarist Mark Hitt, and drummer Steve Luongo. ~ Eduardo Rivadavia, Rovi 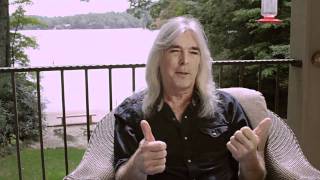 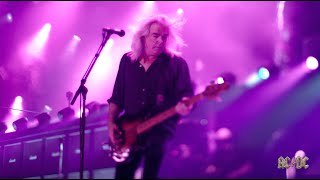 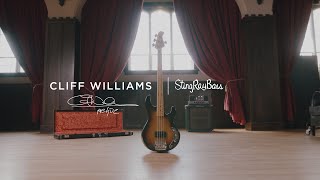 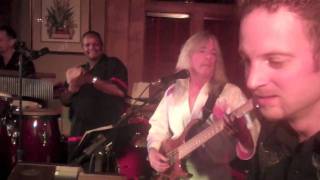 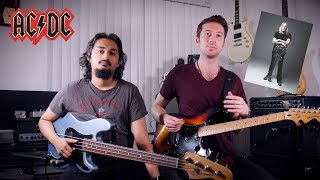 The Bass Player from AC/DC was a Genius 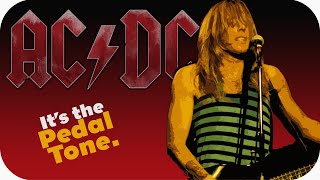 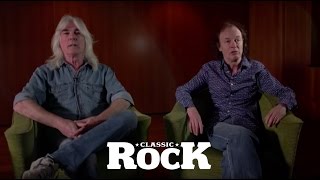